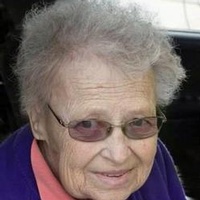 Alma "Jean" Peterson, 76, of Buhl, Idaho, passed away August 19, 2017 at River Rock Assisted Living of complications from rheumatoid arthritis and most recent, a broken heart due to the death of her son, John.

Jean was born April 26, 1941 in Twin Falls to John and Evelyn Buscher. Jean was raised in Hansen Idaho and graduated from Hansen High School in 1960.

On November 15, 1960 Jean married the love of her life, Ralph E. Peterson from Buhl, Idaho.

Jean and Ralph made their home in Buhl and continued growing the family business that Ralph's father, Vernal, started, Peterson Livestock Transportation. Together they grew their little family business into a prosperous one.

John was the light of her life and she was able to be a stay at home mom and encourage John in his many childhood adventures.
Ralph passed away in 2001 and Jean and John continued the family business until 2009 when Jean retired and John took over the business with his two sons, Ryley and Matthew.

Jean suffered from rheumatoid arthritis for many years but it was from her broken heart at losing her son, John, to cancer that she finally went home.

Jean was preceded in death by her husband, Ralph Peterson; son, John Peterson; her parents, John and Evelyn Buscher and her sister, Maxine Buscher.

Jean's family would like to thank all the girls at River Rock Assisted Living, especially Dee, Tracy, Shelly and Jennifer for all of their love and support and the kindness they showed Jean while she was there.

In lieu of flowers, donations can be made at any Farmers National Bank to the Matthew Peterson College Fund, Jean's grandson.

A funeral service will be held at 11:00 a.m., Saturday, August 26, 2017 at Farmer Funeral Chapel in Buhl. Interment to follow at Buhl's West End Cemetery.

To order memorial trees or send flowers to the family in memory of A. Peterson, please visit our flower store.