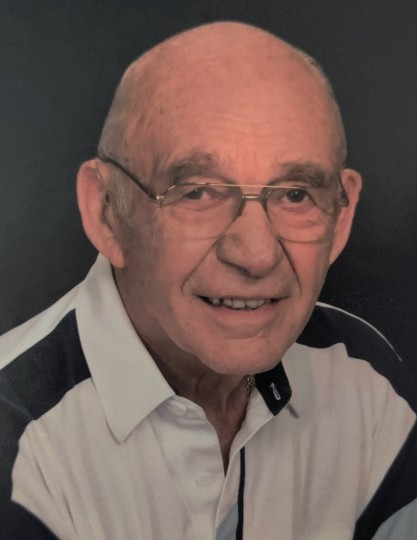 Alvin Ochsner passed peacefully surrounded by family on January 2, 2022 in Valrico, Florida. Born in South Dakota on July 3, 1934 Alvin was the `baby brother', the youngest of ten children of Jacob and Wilhelmine "Minnie" Ochsner.

On February 28, 1953, Alvin married his high school sweetheart, Frances Jung Ochsner. The young couple moved to southern Idaho in 1955, and they raised their six children in Filer. While working 20+ years for Sears and 17+ for Prudential Insurance Alvin also managed to enjoy every elementary, junior high and high school sporting event and countless concerts and school plays. Fran and Al traveled the country to attend high school, college and post graduate graduations for all of their kids and grandkids. He never missed a single one; really, not a single one.

Together they eventually visited every state in the union at least twice. In addition to supporting his family and all of their extracurricular activities he was a tireless community servant who found time to volunteer in numerous roles. He led the fund-raising efforts to build the Filer pool. He served for many years on the Filer School Board, several as the chairman. He served with the Knights of Columbus at Immaculate Conception Catholic Church in Buhl. For many years Alvin distributed Holy Communion to homebound parishioners. Sometimes his efforts were the little things like sharing his creative handyman skills or simply driving a load of cheerleaders to a high school basketball game.

Alvin was preceded in death by his wife of 68 years, Frances; son, Steven Ochsner; grandson, Ivan Lechowich; and a number of relatives, too many to list here. He is survived by his sister, Violet; brother, Clarence; sons, Mike, Brian, and Ivan; daughters, Lori and Gina; 12 grandchildren; 12 great-grandchildren; and numerous friends.

We mourn his passing, but we celebrate the positive, giving, and strong example he set.

Memories and condolences may be shared with the family on Alvin's memorial webpage at www.farmerfuneralchapel.com.

To order memorial trees or send flowers to the family in memory of Alvin Ochsner, please visit our flower store.