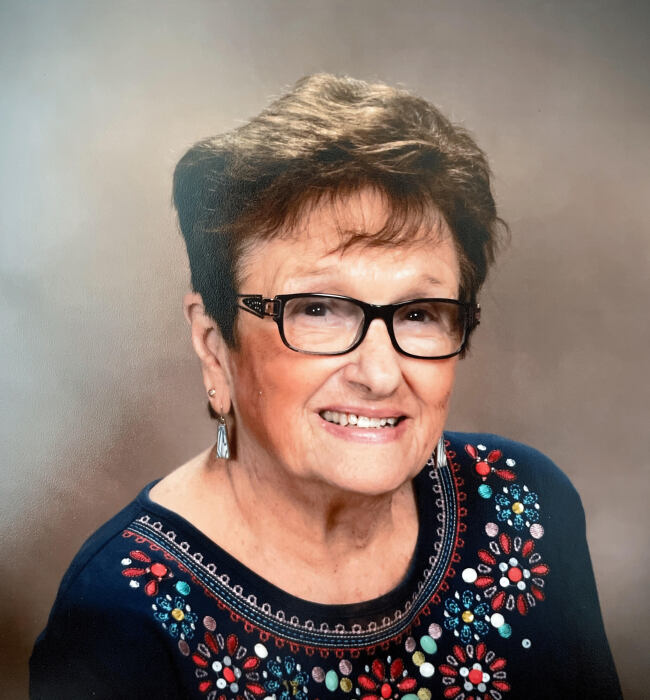 She attended school in Celina graduating in 1949. She then graduated from Andrew Jackson Business College in Nashville.

While working in Nashville, she met her future husband, John, on a blind date that lasted almost 60 years. He was in the military stationed at Fort Campbell Kentucky. He often came down to Nashville to attend the Grand Ole Opry with his buddies. Ruth’s friends asked her to accompany them to meet some guys from the Army base. The rest is history. John returned to Idaho after being discharged in May of 1952 to attend the University of Idaho summer school. He returned to Nashville, and they were married in the Cathedral of Incarnation in Nashville on August 22, 1952.

They returned to Idaho to attend pharmacy school at Idaho State University in Pocatello, Idaho. While in Pocatello, their first two children were born, Jim and Connie. They moved to Buhl in 1955 where they had Nick, Brian, Mary, and Stacie.

Ruth and John were active in the Buhl community where they were members of the Jaycees and the Jaycettes. They were members of Clear Lakes Country Club where they played a lot of golf and socialized. They were members of the Idaho Couples Golf Association for over 25 years, where they played golf in Idaho, Utah, and Nevada. Ruth was a member of the Clear Lakes Ladies Association, where she held several offices and was awarded the Marj Skinner Award for Excellence in Golf and Participation of Activities with the Clear Lakes Ladies. She was proud of her “3 holes in one”! Two came on #3 when Clear Lakes was only 9 holes, and the third was on #12 at Burley Golf Course in a tournament with intercity ladies. Her daughter, Mary, was a high school golfer at the time. She asked her mom, “What club did you use on a 115 yard all water fairway?” Ruth replied, “A 7 iron,” to which Mary replied, “Mom! That was way too much club!”

Ruth was active in the Immaculate Conception Catholic Church where she held several offices and was named “Mother of the Year” in 2007 by the Council of Catholic Women.

She was preceded in death by her husband, John; parents; brother, George; sisters, Ollie, Joyce, Betty, and MaryEtta; and her daughter, Mary.

The family suggests donations to the Buhl QRU.

Memories and condolences may be shared with the family on Ruth’s memorial webpage at www.farmerfuneralchapel.com.

To order memorial trees or send flowers to the family in memory of Anna "Ruth" Crawford, please visit our flower store.