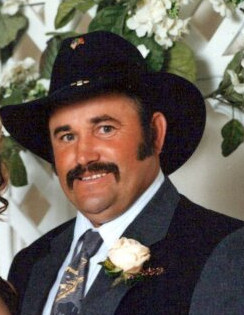 Antonio “Tony” F. Avelar, a farmer and an integral member of the Buhl, Idaho community, died unexpectedly on November 18, 2022 at the age of 67 at his residence.

Tony was born in Sao Jorge, Azores on January 27, 1955 to Antonio G. Avelar and Maria Elisa Avelar. He graduated from Fallon High School in Fallon, Nevada in 1972.

After migrating a couple of times between Angola, Africa and the United States of America with his parents and siblings he settled in Watsonville, California.

On October 14, 1978 he married the love of his life, Cecilia. In October of 1981 he moved his young family to Buhl, Idaho to begin a dairy business with his father, Antonio G. Avelar. Later on his brother Joe joined the family business. Within the span of nineteen years, beginning August 1979 to February 1998, he welcomed his four handsome and loving boys, who were one of the most important parts of his life.

Tony was an avid farmer, caterer, auctioneer, crab chef and a bench raiser (for those who knew him). He was a devout catholic, a member of the Buhl Knights of Columbus and the Portuguese Association, IDES Buhl. He volunteered his auctioneer skills and cooking skills to many charity fundraisers in the Magic Valley community.

He had the most contagious smile and would help anyone from any walk of life.

Tony will be deeply missed by his friends, family and all who knew him.

A Funeral Mass will be celebrated at 11:00 a.m., with a viewing to start at 9:30 a.m., prior to the recitation of the Rosary beginning at 10:30 a.m., Saturday, November 26, 2022 at the Immaculate Conception Catholic Church, 1701 Poplar St. Buhl. Interment will immediately follow at West End Cemetery, 1574 East 4150 North, Buhl. The service will be livestreamed on Farmer Funeral Chapel’s Facebook Page at time of service. A reception and celebration of life, provided by the IDES, will begin at 12:30 pm, at the Immaculate Conception Church Hall.

In lieu of flowers you may send donations to the Buhl Knights of Columbus, in Tony’s name, at 1701 Poplar Street, Buhl. ID 83316.

Memories and condolences may be shared with the family on Tony’s memorial webpage at www.farmerfuneralchapel.com.

To order memorial trees or send flowers to the family in memory of Antonio "Tony" Avelar, please visit our flower store.