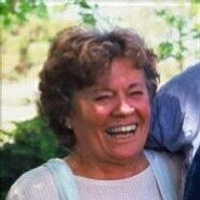 Barbara Mae Mason, 86, of Buhl, died peacefully at her home on June 17, 2016. She had a long battle with heart problems. She always had a great concern and enjoyment in getting to know people with her warm personality.

Barbara was born in Baker City, Oregon, on May 10, 1930, to Carl and Melba Metsker. She grew up in LaGrande, Oregon. She married Ed Stonebreaker in 1947 and together they had three children, Steve, Sandy and Cindy. Later, in 1968, she married William (Bill) Mason. They had two sons, Charles and David. Barbara and Bill moved to Buhl, Idaho to start their registered Jersey Dairy.

She was peceeded in death by her parents, her husband, Bill and her son, Charles.

With deep gratitude, thank you to St. Luke's Magic Valley Hospice care by Erin and Travis. Also to everyone involved in her care.

Although she did not want a funeral, please join us in an Open House Life Celebration at Buhl Calvary Assembly of God fellowship hall, 110 Fruitland Ave, Buhl, Idaho, on Thursday, July 7, 2016, between 5:00 and 7:00 p.m. We'll enjoy the opportunity to share memories with friends and family in this informal gathering.

To order memorial trees or send flowers to the family in memory of Barbara Mason, please visit our flower store.