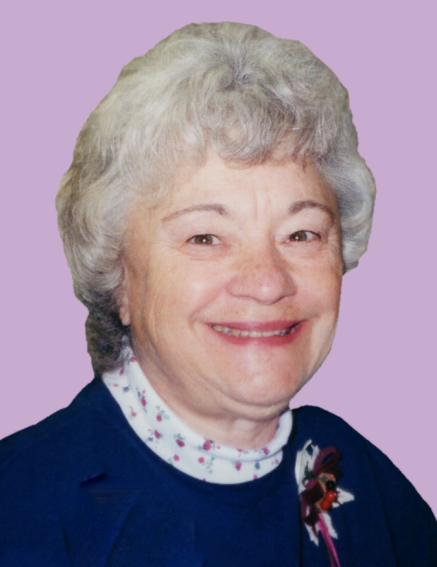 Bernita invested time and energy into family, old friends, and of course, new friends. Once she met a friend, they were always friends. She has friends she met in grade school that have lasted a lifetime.

She married Dallas Lee Voorhees on November 20, 1955, in Buhl at St. John’s Lutheran Church. As the family grew, Bernita worked at times, but her focus was on her favorite job - being a stay-at-home mom with her four children and their many, many friends.

Dallas and Bernita always enjoyed fellowship with their church families. When their children were in junior and senior high, they served as youth leaders. They opened their home to weekly youth Bible studies attended by youth from a variety of churches. The kids that attended this Bible study, and friends of the Voorhees children, hung around their home throughout the week and considered Dallas and Bernita as their second mom and dad.

Their three boys were involved in Boy Scouts. Bernita served as a den leader for Cub Scouts. As the boys grew older, Dallas and Bernita helped out as needed with the Boy Scouts and the Order of the Arrow.

Bernita and her sister, Nancy, found pleasure in making and selling crafts. Bernita was part of the Pedal Pals Flower Club in Castleford and the Magic Valley Red Hat Society. She was involved with several quilting clubs, which fit with her lifelong hobby of sewing. Her other hobbies included camping, fishing, painting, gardening and travel.

Bernita enjoyed being with family and friends and pouring her heart into them. Whoever happened to be hanging around when it was time to prepare a meal were encouraged join us in eating “a gob” of food. She always figured out how to stretch a meal for six to feed whoever happened to show up at the door.

She reached out to others in need and provided care in many different ways. She gave of herself to any need she saw, such as giving free haircuts, mending or sewing clothes, making quilts for many, including every individual member of refugee families, and babysitting for people close to home or far away. She cared greatly for people going through sickness, both family members and friends. As we look back on her life, she was the caregiver for many in their last days.

She is survived by her husband, Dallas Voorhees, children; Don and Heidi Voorhees, Garald “Dusty” and Kirsten Voorhees, Dan and Jayna Voorhees, and Cathleen and Dan Thom; her siblings, Willard French, Nancy and Roy Murphy, and Larry French; and sister-in-law, Kathi (Dale) French; as well as numerous nieces, nephews, grand and great-grandchildren.

In appreciation for the excellent care given during Bernita’s last seven months of life, memorial donations may be made to Hospice Visions Inc., 455 Parkview Loop, Twin Falls, ID 83301.

Memories and condolences may be shared with the family on Bernita's memorial webpage at www.farmerfuneralchapel.com.

To order memorial trees or send flowers to the family in memory of Bernita Voorhees, please visit our flower store.