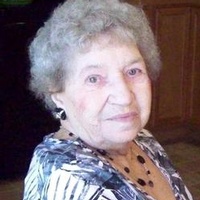 Blanche was born on November 4, 1928 in Kimberly, Idaho to Lloyd and Belle Brown. She has one older sister (Capitola Larsen) and one older brother (Birchie Brown). Blanche attended school at both Pleasant Valley and Kimberly High School. She married the love of her life, Lloyd Johnson on January 31, 1948 and had four beautiful children.

Blanche received her secretary certification from Southern Idaho College of Education in Albion, Idaho. In her career she held numerous jobs titles. Her favorite job of all was being a mother and wife. Blanche was a devoted caretaker to her husband up until the time he passed away from emphysema. Her Shrimp Casserole was a longtime family favorite during the holidays. Blanche loved good food and socializing, enjoyed going to the movies with her granddaughters and had a smile that could light up any room. She was also an avid reader and could finish a whole novel in just one day.

Blanche is survived by her children; Calvin (Marilyn), Rocky (Connie) and Roxanne (Mike). She is also survived by her twelve grandchildren; Jeremiah, Bobbie, Mindy, Brandon, Weston, Melissa, Michael, Tanner, Tad, Tara, Troy and Shila and sixteen great-grandchildren along with various other family members. Blanche is preceded in death by her parents, one grandson (Joshua), one son (Malcolm), her brother and her devoted husband.

To order memorial trees or send flowers to the family in memory of Blanche Johnson, please visit our flower store.