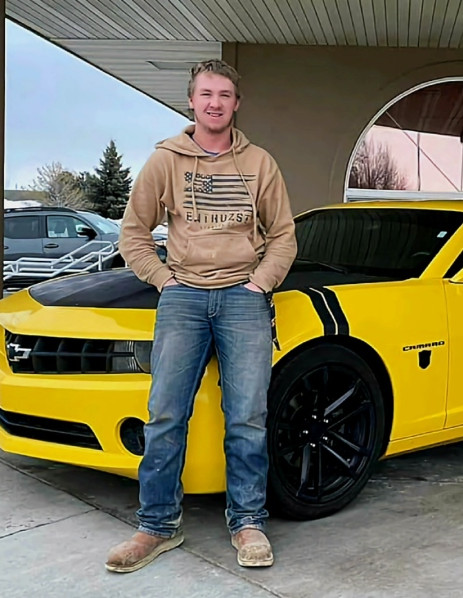 It is with deep sorrow we announce the passing of our precious son, Brendan Lain Everett Jack Koehn, 20, from injuries sustained in a vehicle accident on July 22, 2022. He entered this earth as he left it, way too soon.

Brendan was born to Brandon Koehn and Lacey Frey Coelho on March 13, 2002, at St. Luke’s Magic Valley Hospital in Twin Falls, Idaho, at just 28 weeks weighing in at 2 pounds and 11 ounces. During delivery Grandma Pat and Grandma Diane were there as well as his dad. When Brendan was born, they rushed him away and had to intubated him. He immediately ripped out his intubated tube and peed all over the nurses, it was then we knew he would live. Brendan’s legendary smile, that mirrored his father’s, is what would greet you whether Brendan spotted you at a gathering, or simply at the grocery store. He wanted you to know he acknowledged you.

Growing up Brendan loved spending time with family. As a boy, he would call his Grandma Koehn asking for lunch. In tow would be his cousin, Jesse. Stories of pillow fights and cousins’ wrestling matches were born. He shared time with his mother, Lacey (Carlos) Coelho, along with his sisters, Lilly and Emily. You could find them building a blanket fort in the living room, or outside playing “Dude” because he always wanted a brother, but you would also find him playing dolls with his sisters. Brendan finally got his wish for a brother when Garrett was born. Time was also spent with his father, Brandon (Karisa) Koehn, and his siblings, Garrett and Zadee. To some it could be difficult, but not to a boy who was born with a huge heart filled with love.

Brendan shared his father’s love for the outdoors and was included in many of the four-wheeling, jeep rides, camping, family reunions, hunting, and fishing trips. His younger brother, Garrett looked up to Brendan and in recent years bonded over the love of music and road trips. His father taught him the value of hard work. This was how he was able to purchase his two prized possessions, his dirt bike, and his canary yellow Camaro.

In lieu of flowers donations can be made to the Buhl QRU, 201 Broadway Ave North, Buhl, Idaho 83316.

Memories and condolences may be shared with the family on Brendan’s memorial webpage at www.farmerfuneralchapel.com.

To order memorial trees or send flowers to the family in memory of Brendan Koehn, please visit our flower store.