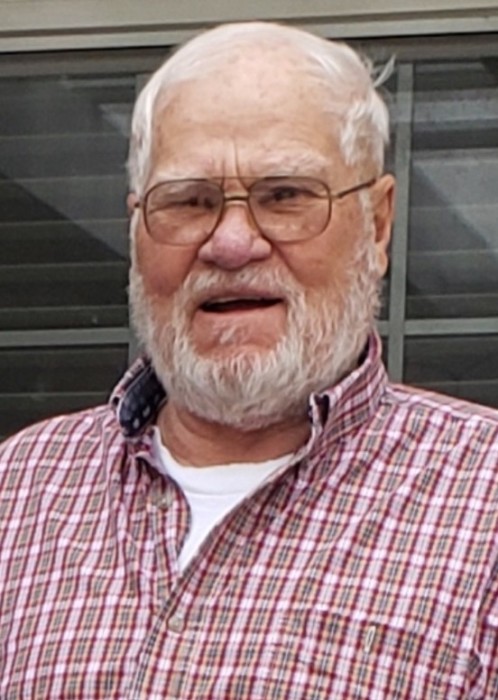 B.S. “Pat” Pidgeon Jr. passed away suddenly in the early morning hours on Monday February 3, 2020 at his home.  Pat was born October 9, 1936 in New York City to parents, B.S. Pidgeon Sr. and Mary Frances Finch Pidgeon. Pat’s mom moved back to Portland, Oregon when he was seven years old.  He attended Ainsworth Grade School and Lincoln High School.  He got his chops in the scrappy schoolyards defending himself from the family name.  Growing up with what was deemed "The Most Unique Name in America", Brainerd Schuyler Pidgeon, Jr. eventually became simply known as “Pat”.   When signing his name, he would often just write BS Pidgeon. If asked what BS stood for, he would say “Bible Stories”...others had their own interpretation.

Pat’s Oregon Coast adventures as a youth with his mom and sister were fondly remembered and shared, as were his memories of having to wear wooden shoes during war times and having a set of jeans hidden away in the corner of a garage that he would change into heading to school in the mornings (always a bit of a rebel).

Pat returned to Portland after serving in the Air Force for four years, working his way back from Buffalo, NY by getting odd jobs to pay for gas and food (a whole adventure in itself).  He then went to work for the Union Pacific Railroad. A friend of his talked him into going with him for a weekend in Sun Valley, Idaho. He immediately fell in love with the area, so he gave notice to the Union Pacific Railroad and moved to Ketchum, Idaho.  He was a very avid outdoorsman, enjoying all that Idaho could offer.  He worked for Sun Valley Company for several years in many roles, finishing his time with the company as Ski Lift Mechanic on Bald Mountain, with many stories of heavy, rewarding manual labor, which gave him massive forearms and a formidable reputation in the local bars.

Pat married Barbara Haffey of Kansas City, KS (Go Chiefs!!) eloping to Elko, Nevada on April 3, 1962.  They built their lives together through hard work and raised their three daughters in “The Valley”, nearly achieving 58 years of marriage.  Pat and Barb were their daughters’ biggest fans, loading up the blue Suburban and attending nearly every extracurricular event in high school, cheering loud and embarrassing them as often as they could. For sure, Pat’s voice was unique and could be heard from anywhere...not the voice of God, but close.

Pat started working part time at Ketchum Police Department and stayed with law enforcement for the remainder of his working career. He related that he quickly realized that being the sober one in fights is a great advantage and was a perk to his job.  Pat worked for Ketchum Police Department, as an investigator for the Blaine County Prosecutors Office, a patrolman for Blaine County Sheriffs Office and his last five years managing the Blaine County jail. Pat could sum up the lessons of his 32 years in Law Enforcement, with the wisdom drawn from a mix of John Wayne, WC Fields, and Confucius as simply: “Don’t do stupid stuff!”

Pat also worked for many years for Idaho Mountain Express, funding his outdoor habits and family adventures. He enjoyed his long drives to and from Burley, reflecting on important issues or maybe taking a nap at the side of the road here and there.

After retiring at age 65, Pat and Barbara sold their home in Hailey, purchasing land and a home in Buhl, Idaho where they loved to entertain family and friends.  He continued to love shooting “things that go Bang” and took a lot of pride in his yard, planting dozens (and dozens) of trees and riding his mower for hours.  He built birdhouses for every fence post on their acreage and proudly flew his American flag as statement of his undying patriotism.

Pat’s highlight was his weekly Coffee Group meetings every Monday morning where he and his pals would routinely identify and solve all of the problems of Buhl, America, and the rest of the world.  Most likely, they would forget their solutions and revisit the same issues while enjoying biscuits & gravy or chicken fried steak the very next week. Pat was never afraid to offer his opinions, popular or unpopular as they may have been.

One of Pat’s other favorite things to do was cook a big breakfast for family with hash browns, bacon, eggs and his famous sourdough pancakes with warm maple syrup. Not healthy, but good for the soul.

Pat loved to drive over to Boise during football season to help his oldest daughter, Dana, and son-in-law Brooks tailgate at the home BSU football games. They were huge events that were better with him there. He will always have a front row seat at all tailgates.

A tough as nails western character with a heart as big as the sky, Pat could have been the lead in one of his favorite Louis Lamour paperbacks.  Pat’s story over his 83 years was legendary for settling things with a fist or a 45, but those who knew him loved him as a beloved father and a true friend.  (Still, a wise person still would never want to cross him!).  Pat was truly proud of his family and genuinely happy for their successes, current and future.  He took a lot of satisfaction in knowing that his family was doing well. Pat was always making sure his family was doing well and really meant it when he would ask, “So, how you doing?”.  Perhaps his most selfless virtue, Pat loved dogs. So many of his adventures were with a loving canine by his side. His current chocolate Labrador, Sam, was his shadow and stayed by his side until the end.

Pat outlived his own expectations and cherished every “extra” day that he had.  Ultimately, Pat’s lesson is about being yourself, loving your family, giving big hugs, razzing friends, building memories, enjoying each day, keeping the peace, and leaving us all better off for having known and loved him.

Per Pat’s request, he wanted to be cremated and have no memorial.

To order memorial trees or send flowers to the family in memory of B.S. "Pat" Pidgeon Jr., please visit our flower store.