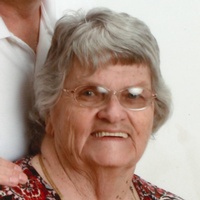 On Saturday, January 26, 2019 Mom went home to be with Jesus, and the loved ones who are there also. She was born to Charles and Elsie Shadduck on September 10, 1929 in Groton, South Dakota where she joined three others, James Shadduck(now deceased), Charles Shadduck (now deceased), and Inez Shadduck, Jones Smith (now deceased), later to be joined by, Richard Shadduck, and Dorothy Shadduck Monroe (now deceased).
The family lived in South Dakota until Mom was 9, from there they moved to Buhl, Idaho, where she and her siblings finished school. Later Grandma and Grandpa moved to Kansas soon to be followed by Mom and her now young daughter, where she eventually met and married Virgil Miller and were married for 56 years until Dad passed on May 24, 2008. She was also preceded in death by a grandson, Stephen Reynolds. Mom and Dad moved around a lot finally ending up in Rupert, Idaho and later Burley.
Mom had three children, Carleen (Gale) Funke of Buhl; Danny (Connie)Miller, Federal Way, Washington; and Timothy Miller, of Burley; two grandsons, Casey (Sherilyn) Reynolds of Post Falls; and three great granddaughters.
Mom went to Cosmetology school, but never practiced. She worked at Ore Ida for many years which retired from. She and Dad loved to go camping in their 5th wheel camper. She really missed it after Dad passed.
She lived in her own home until January 2018 where she moved into Assisted living.
Mom will be laid to rest next to Dad and her parents at Pleasant View Cemetery at a later date with a small family ceremony.
Memories and condolences may be shared with the family on Laverne’s memorial webpage at www.farmerfuneralchapel.com.

To order memorial trees or send flowers to the family in memory of C. Miller, please visit our flower store.