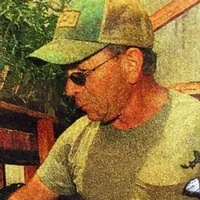 Carl Wayne Hatfield, 73, of Buhl, passed away on Thursday, January 14, 2016 at the St. Luke's Magic Valley Hospital in Twin Falls, Idaho.
Carl was born on October 28, 1942 in Wendell, Idaho. He grew up in Buhl and graduated from Buhl High School in 1961. After high school, He attended the University of Idaho, studying Animal Husbandry.
In November 1968, Carl married Marie Hall in Winnemucca, Nevada and together they had two sons, Devin and Ray.
Carl traded cattle and raised calves, sheep and goats with his sons for several years. He also worked at Independent Meat Company for 33 years and after his retirement he drove school bus for the Castleford School District.
Carl was well known for his gardening. He sold plants and vegetables for approximately 20 years from home and at the Twin Falls and Buhl markets. He was president of the Twin Falls Farmers Market for several years
Carl is survived by his wife, Marie; son, Devin (Krystal); granddaughter, Chelby (Adam) Vogt; his sister, Kayla; niece, Sheli and nephew, Dylan.
He was preceded in death by his parents; his son, Ray and his brother-in-law, Kim.
A memorial service will be held at 11:00 a.m. on Tuesday, January 19, 2016 at the First Christian Church in Buhl. Services are under the direction of Farmer Funeral Chapel of Buhl, Idaho.

To order memorial trees or send flowers to the family in memory of Carl Hatfield, please visit our flower store.