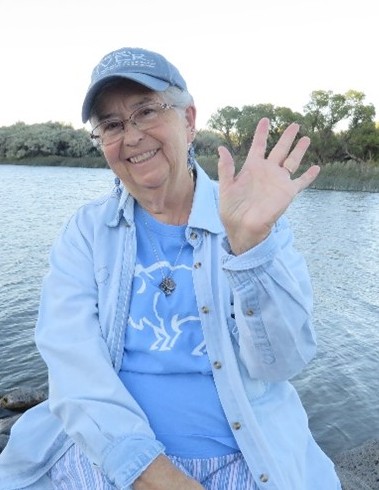 Carol Ash, 77, passed away January 31, 2022, peacefully at home surrounded by family after a short fight with cancer. She was born on February 9, 1944 in Warren, Pennsylvania to Fred and Gladys Simones.

Carol graduated from Warren High School, University of Pittsburgh (BA) in 1966, University of North Carolina-Chapel Hill (MS) in 1967 and Kennesaw State University (MS) in 1998.  Her greatest enjoyment was being employed in the National Park Service. She was a park service ranger at Women’s Rights National Historical Park (1993-94) in Seneca Falls, New York, and at Martin Luther King Jr National Historical Park (1994-2001) in Atlanta, Georgia. In 2001 she was hired as a NPS Historian in the Southeast Region of the National Park Service in Atlanta, Georgia.  In 2010 she was hired as the Chief of Interpretation Ranger at the Hagerman Fossil Beds National Park and Minidoka National Historic Site in Hagerman, Idaho.  She retired from the NPS in January 2017.

Carol loved to travel, camp, hike, gardening, sewing and especially visiting her four grandchildren in Moorpark, California and her four grandchildren in Lovettsville, Virginia.  She always said that she was “always getting organized”!!  Since living in Hagerman from 2010, she really missed all of the trees where she lived for 66 years on the east coast, but she also did not like all of the wind here in Hagerman!! She will be missed greatly by family, friends, and colleagues.

She was preceded in death by her son, Christopher Ash (1974-2011), and her brothers, Sime Simones and Fran Simones. She is survived by her husband, Charles Ash of Idaho; sisters, Alice McLean of Florida; and Emmy McKiney of Pennsylvania; son and daughter-in-law, Aaron and Jennifer Ash of California; and daughter-in-law, Beth Ash-Conklin of Virginia.

Memories and condolences may be shared with the family on Carol’s memorial webpage at www.farmerfuneralchapel.com.

To order memorial trees or send flowers to the family in memory of Carol Ash, please visit our flower store.