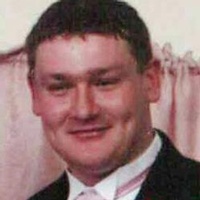 Charles "Charlie" Max Cantrell, 32, of Buhl, went to be with his son, and Lord and Savior, on Wednesday, October 5, 2016.
Charlie was born on March 6, 1984, in Twin Falls, Idaho, to Kurt and Lisa Cantrell. Charlie was an incredible son. As the oldest of four children, he was a leader and role model. Growing up on the farm, Charlie often took responsibility and watched over his siblings. (He would initiate games that everyone could participate in). He helped unify our family and was such a gift to us.
Charlie's pleasant disposition and kind spirit made him easy to be around. He was always smiling and his contagious smile and movie star dimples were the envy of many who knew him.
Though Charlie didn't love school work, he loved being at school and making memories with friends, some of whom he walked through life with from the time they were in diapers until they graduated high school.
A few weeks after graduating from high school, Charlie and five friends left for bootcamp to serve their country as U.S. Marines. He proudly served his country for four years before returning home to start a family.
After returning home from serving in the military, Charlie married the love of his life, Mackensie (Gemar) Cantrell, with whom he shared two wonderful sons, Kamdyn (10) and Jaykob (4). His life had transitioned to that of a family man. He loved taking his family on trips to the cabin in Pine. Charlie was happy with the simple things in life, attending his boys sports practices or games and living in the country, near his childhood home, he was content. Charlie and Mackensie prioritized family time. They were intentional with small things, like having dinner as a family, and bigger things, like taking the boys on adventures and trips.
Charlie pursued a career as an electrician and joined the team at Roberts Electric, where he stayed for 7 years. He was especially grateful of their support for him to take night courses to become a Journeyman Electrician. He loved his time there. Three years ago, Charlie transitioned to his position as a maintenance electrician and refrigeration specialist for Clear Springs in Buhl. He was happy to be working closer to home and he loved the team he worked along side there.
In his free time, Charlie enjoyed his role as a committee member for Ducks Unlimited, which only grew his love for target practice with other gun enthusiasts. Charlie and his only brother, Chase, had already kicked off the football season cheering on Boise State. He also enjoyed catching a game of golf when he found the time.
And though his life was full, Charlie's biggest love and passion was an active relationship with the Lord. He was eager to live out his faith and enjoyed attending church service at Safe Harbor Ministry in Twin Falls. He loved sharing the story of his baptism, which had taken place in a cow trough , while he was stationed in Japan.
Charlie was survived by his wife, Mackensie Cantrell; son, Jaykob Cantrell; parents, Kurt and Lisa Cantrell; in-laws, Mike and JoAnn Gemar; siblings, Chase (Amanda) Cantrell, niece, Airely and nephew, Deuel; sister, Shayla (Alex) Diaz, nephew, Aleshandre, and niece, Antonette; sister, Shanelle Moffit and nephew Grant; paternal grandmother, Georgia Cantrell; grandmother-in-law, Connie Winkle (Larry Johnson) and grandmother-in-law, Beverly (Vern) Farley; sister-in-law, Courtney Puente and nephew, Joshua Puente..
He was preceded in death by his son, Kamdyn Cantrell; his paternal grandfather, Derrick Cantrell and maternal grandparents, William and Antonette Bothof.
We'll miss you Charlie, but we're comforted in the truth of Psalm 23 and Ecclesiastes 7:1 which you had shared with us just before you passed.
A funeral service will be held at 11:00 a.m. on Saturday, October 15, 2016 at the 7th Street Gym in Buhl, Idaho. A viewing will be held from 4:00 to 6:00 p.m. on Wednesday, October 12, 2016 at Farmer Funeral Chapel in Buhl. Fellow Bronco fans are invited to wear Orange and Blue in a show of Support.
In lieu of flowers, our family asks that you consider making a donation in Charlie's name to the Wounded Warriors foundation or the Boys and Girls club.
Arraignments are under the direction and care of Farmer Funeral Chapel of Buhl, Idaho.

To order memorial trees or send flowers to the family in memory of Charles Cantrell, please visit our flower store.