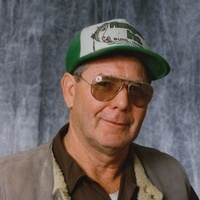 Charles "Hap" Eugene Jenkins, of Buhl, passed away at his residence on February 12, 2019. Hap was born to Robert and Elsie Jenkins in Corona, California where he resided until he was five years old, then Hap and his family moved to Surgoinsville, Tennessee.

Hap returned to California in 1953 where he met and married Mary Joan Watkins. They later had their son, Rocky Stone Jenkins, and continued to live in Corona where Hap worked for Sunkist and Jordan Tile. They moved to Buhl, Idaho in 1983 where he then worked for Rangen's in the seed department until he retired.

Hap was an avid hunter, fisherman, and loved to trap shoot at the Twin Falls Gun Club. He was also a lifetime member of the NRA.

Memories and condolences may be shared with the family on Hap's memorial webpage at www.farmerfuneralchapel.com.

Farmer Funeral Home
To order memorial trees or send flowers to the family in memory of Charles Jenkins, please visit our flower store.