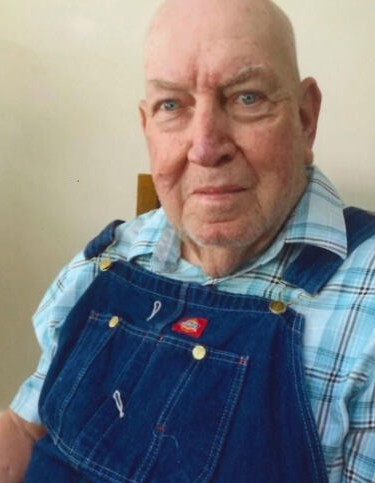 hester C. Phillips, 81, of Hagerman, Idaho, is at peace now. On April 17, 2022 he passed away at the Ashley Manor Memory Care Center in Jerome, Idaho.

Chester was born on April 21, 1940, in Ogden, Utah. He was the second oldest of four children. He graduated from Carlin High School in Carlin, Nevada in 1959. Shortly thereafter, he was united in marriage to Virginia H. Morrison. From this union they had five children: Sharon, LeeAnn, Pamela, Susanne, and Charles.

Chester worked for the Nevada State Highway Department for many years, and thereafter, Newmont Goldmines as a heavy equipment operator from which he proudly retired after 20 years of dedicated service. He resided in Carlin, Nevada for most of his life. Shortly after his retirement, Chester relocated to Hagerman, Idaho, to be closer to his son and his family.
Over the years Chester enjoyed fishing. If it involved a hook, line, and sinker then he was always ready.  When it came to adventure, it was time spent on the backroads where he enjoyed riding his 4-wheeler, camping, hunting, and even exploring ghost towns. However, the most memorable moments were spent with family, making memories that will forever be imprinted in his heart and ours.

Chester will always be remembered for his courage and strength, as his battle with dementia in recent years was an example of that. When he was faced with the challenges and difficulties that came with it, he remained strong till the end. A true inspiration for those that cared for him, stayed by his side, and loved him unconditionally.

Chester was preceded in death by his folks, Emery E. and Sadie M. Place-Phillips; brothers, Neil Phillips and Eugene Phillips; mother of his children, Virginia H. Morrison-Phillips; and his daughter, LeeAnn M. Hansen.
Surviving family members include his son, Charles W. (Misty) Phillips of Hagerman, Idaho; three daughters, Susanne L. (Randy) Carey of Carlin, Nevada; Sharon R. (John) Beeson of Carlin, Nevada; and Pamela J. (Pat) Beeson of Spring Creek, Nevada; sister, Nancy Hussey of Grantsville, Utah; former spouse, Electa Jones of Longview, Washington; nine grandchildren, along with many great grandchildren
To honor my Father's wishes, there will be no service, and his burial will be at a later date in Ogden, Utah. Flowers and cards may be sent to the family at 384 E Salmon St., Hagerman, Idaho 83332.

Memories and condolences may be shared with the family on Chester’s memorial webpage at www.farmerfuneralchapel.com.

To order memorial trees or send flowers to the family in memory of Chester Phillips, please visit our flower store.