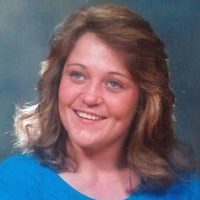 Cindy Rose Davis Harris lost her battle to Breast Cancer on November 1, 2015. She was born on September 24, 1965 in Boise, Idaho to Richard Harman Davis and Mariland Louise Campbell Davis.

Cindy's appreciation of the simple, uncomplicated things in life was reflected around her surroundings. Cindy enjoyed a quiet life which revolved around her family, friends and her work. She always worked hard all of her life, often with more than one job at a time. It sure didn't prevent her from living life to the fullest. Her love for the outdoors was amazing. She looked forward to the summers where she would plan camping and fishing trips "just to get away."

She is preceded in death by her daddy, Richard H. Davis and step-dad, Huston D. Jenkins.

She will be greatly missed. In lieu of flowers, PLEASE make donations to "Fight for Cindy" at any First Federal Bank branch (under the name Kansas Guthrie.)

A memorial service will be 11 a.m. Friday, November 6, 2015 at the First Christian Church (Poplar and Broadway) in Buhl, Idaho. Arrangements are under the direction of Farmer Funeral Chapel of Buhl.

To order memorial trees or send flowers to the family in memory of Cindy Harris, please visit our flower store.