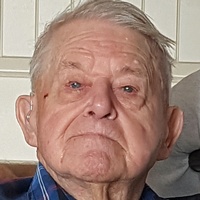 Clarence Clayton Oglesbee, 93, passed quietly Monday, March 19, 2018 with his family at his side.
Clarence was born December 18, 1924 in Bridger, Montana where he grew up. He joined the Army Air Corp in June 1943 and served in World War II for three years. He was honorably discharged in March 1946.
He married Avis Sellers in Billings, Montana on December 8, 1950 and they had three children. In 1973, the family moved to Buhl, Idaho where Clarence worked at Rangen’s and then Hawkins bean warehouse in Filer, Idaho until his retirement.
He enjoyed hunting and fishing with his sons and getting together for family dinners.
Clarence was preceded in death by his wife, Avis, and an infant son. He is survived by his children, Elaine (Kelly) Stacey, Blaine (Deann) Oglesbee, and Wayne (Donna) Oglesbee; grandchildren, Rachel Bower, Christopher Oglesbee, Angela Oglesbee; and four great grandchildren.
The family would like to thank the amazing staff at River Rock Assisted Living for their kind and loving care these last months.
Graveside services will be held at Buhl’s West End Cemetery at 2:00 p.m., Friday, March 23, 2018 under the direction of Farmer Funeral Chapel.

To order memorial trees or send flowers to the family in memory of Clarence Oglesbee, please visit our flower store.