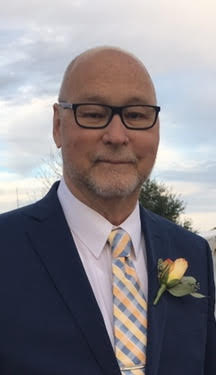 “Papa” Dale Kelsey passed away January 20, 2021 at his home in Buhl, Idaho. Dale was born January 26, 1946 in Lansing, Michigan to Howard Melville Kelsey and Hazel Anna (Sanderson) Kelsey. Dale has an older sister, Janice, who became a favorite traveling companion, spoiling him at every opportunity and a younger brother, Allen, who was always following Dale, joining all the teams and games with his older brother and friends.

Dale was seven when his parents joined the Church of Jesus Christ of Latter-day Saints. When he was 19, he left Michigan to serve in the Western States Mission covering Colorado, Wyoming, Nebraska, and New Mexico. Dale was the first full-time missionary for the Church of Jesus Christ of Latter-day Saints to be called from Jackson, Michigan. Dale loved missionary work. He was known to tell his friends in Michigan they had to come to Sunday school at least three times before they could play church ball. Dale was a friend to the missionaries his whole life; teaching and serving with them, housing them, and even inviting them in for the occasional Michigan football game and sandwich.

After returning from his mission, Dale attended Ricks College. On his first Sunday at church, he spoke in sacrament meeting with a beautiful girl named Irene. He asked her afterward if he could come over for dinner, and when Irene said she didn’t have any food, he responded, “that’s okay, I’ll bring a cake mix.” Dale and Irene were married December 15, 1967 in the Logan, Utah Temple and moved back to Jackson, Michigan to begin their life together. They have five children, Spencer (Courtney), Jenny (David), Luke (Angie), Sam (Sara), and Zeke (Jill), and twenty-six grandchildren with the first great grandchild on the way.

Dale loved all sports. He played softball, basketball, organized church, and city leagues, and even had the opportunity to play at a southern Michigan prison. He was a die-hard Detroit Tigers fan and loved watching Tiger baseball and Michigan Wolverine football. He was rarely seen without either a Tigers or Wolverines t-shirt or baseball cap, a trait he has passed down to his children and grandchildren. He also loved watching his kids and grandkids perform their unique talents. He was an incredible grandfather, grinning with pride for even their smallest accomplishments.

In 1984, the year the Tigers won the world series, Dale and Irene moved their family out west to Idaho to start their pizza and sub restaurant, “Papa Kelsey’s”. They started in a small empty store with one oven, and they sold hot subs and soda out of a cooler. From its humble beginnings, Papa Kelsey’s quickly became a success, not only for the incredible food, but for the cheerful and kind Papa Kelsey himself. Many employees over the years have taken to calling Dale “Papa” like his family does because to Dale, everyone is family.

Dale always had a special place in his heart for the underdog and had a knack for taking care of people. Many Kelsey family Sunday dinners and holiday parties included neighbors, employees, ward members, missionaries, and complete strangers who came to taste Dale’s excellent mashed potatoes and ham. Dale and Irene’s home has always been a place of love and peace for everyone who entered. He will be remembered for his love and kindness, his words of wisdom, his unbeatable cooking skills, his happy smile and goofy jokes, and his love for his family and the gospel. Go Blue!

He was preceded in death by his father, Howard; his mother, Hazel; and his brother-in-law, Gerry Tomasello.

Memory and condolences may be shared with the family on Dale’s memorial webpage at www.farmerfuneralchapel.com.

To order memorial trees or send flowers to the family in memory of Dale "Papa" Kelsey, please visit our flower store.