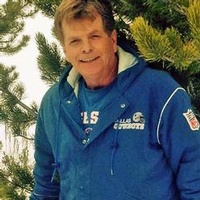 Darrell was born Sept. 28, 1961 in Mountain Home, Id . Darrell was always a big tease and a goofball. He had a very contagious laugh and smile. He had a very trying life and overcame all the obstacles because he was so persistent. He had many loves in his life, his family, furbabies and friends were most important to him. Football was his lifelong dream he always wanted to be a coach for the Dallas Cowboys. He was their #1 Fan and has been since he was young. He knew every detail about every game. He loved to go fishing and would always try to get the biggest fish. He had a heart of gold and would do anything for anyone that needed help. He didn't have a lot to give but would give what he had to help someone. He liked everyone he met and remembered faces for years.

Darrell was a Father, Son, Brother, Uncle, Cousin, Grandpa, and a friend to many. He will be missed by many and we will carry him in our hearts forever. Darrell was proceeded in death by his father, Ray T. Dumas; Sister, Debbie Jones and Grandmother, Nina Draper.

To order memorial trees or send flowers to the family in memory of Darrell Dumas, please visit our flower store.