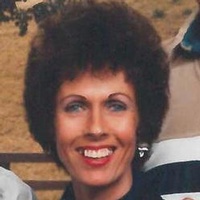 Deanne Sue Novotny, 74, of Buhl, passed away December 26, 2014 at the Life Care Center of Treasure Valley in Boise, Idaho.

Deanne was born in Hailey, Idaho December 1, 1940 to Jerry and Florine Schroder. She attended school in Hailey. Due to her father's work, the family moved often. Deanne graduated from school in Sacramento. She married Donald Novotny in 1961 in Hailey, Idaho. They lived in Sacramento and together had two sons, Deric and Daron. After Donald retired the couple wanted to return to Idaho and settled in Buhl, where they bought and remodeled a home.

Deanne loved to travel, she loved spending time with her family, socializing, meeting and making friends with new people. She loved fast cars and fast boats, and eventually got the Corvette that she always wanted.

She is survived by her sons, Deric and Daron Novotny of Buhl; brother-in-law, Ralph (Kerin) Dubois of Buhl; aunt, Marilyn Jane of Decatur, Ill. and her beloved dogs, Jake and Max.

She was preceded in death by her parents; husband, Donald and sister, Penny Dubois.

No services are planned at this time. The family will have a ceremony at a later date. Cremation is under the direction of Farmer Funeral Chapel in Buhl.

To order memorial trees or send flowers to the family in memory of Deanne Novotny, please visit our flower store.