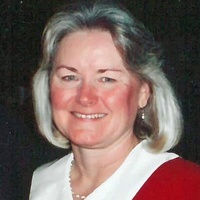 Deborah “Debbie” Ann Young, formerly of Herrin, Illinois, went home to be with her Lord and Savior on Saturday, November 24, 2018.
She was born June 12, 1954, to Robert and Helen Jernigan in Garden City, Michigan. She graduated from John Glenn High School in Westland, Michigan on June 5, 1973. She married her childhood sweetheart, Charles Young, on June 16, 1973. Shortly after marrying Charlie she joined him in Italy where Charles served in the U.S. Navy. Later they settled in Southern Illinois where they would live for the next 40 years.
Debbie worked as a florist for many years, and loved singing, gardening, doing crafts, traveling, and finding new restaurants to go on dates with Charlie. But by far, her most fulfilling activities included raising her daughter, Angela, and spending time with her grandchildren, Kristopher, David, and Andrew, and “adopted” grandchildren, Ethan and Ashlyn.
After being diagnosed with cancer, Debbie and her husband Charlie moved to Idaho to be closer to her daughter and family. There she realized her lifelong dream of living in the country on a farm.
Debbie was survived by her husband of 45 years, Charles Young, brother Bob Jernigan, daughter Angela (Lynn) Keaton, and grandsons Kristopher, David, and Andrew, and numerous nephews, nieces, and friends. She was preceded in death by her parents, sister Linda Parham, and brother Joe Jernigan. Debbie was special to all who knew her and will be deeply missed.
Funeral Services will be held at 2:30 p.m. on Tuesday, November 27, 2018, at Magic Valley Baptist Church in Buhl, Idaho. Arrangements will be under the direction of Farmer Funeral Chapel of Buhl, Idaho.

To order memorial trees or send flowers to the family in memory of Deborah Young, please visit our flower store.