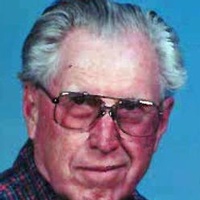 Delmar M. Wuebbenhorst, 94, of Buhl, died at home on Saturday, July 5, 2014, cared for by his loving wife, Retta. He was born on July 20, 1919 to Meinert and Elizabeth Wuebbenhorst in Davenport, Nebraska. We will always remember his kindness, generosity, gentle humor, positive attitude, servant's heart and quiet faith.

Delmar married Clara Swenson in March of 1940. Together, with a partner, they owned and operated Valley Tractor and Implement in Buhl for several years. He was Clara's caregiver the last few years of her life. In February of 1988, he married Retta Potucek. Until the past few months, they were active in delivering food to the food pantry and before that, delivering "meals on wheels" for several years. He was the head usher at St. John's Lutheran Church in Buhl for over 50 years.

Delmar loved and collected tractors. Health issues have prevented him from being in the 4th of July parade for four years. But, prior to that, he entered and drove antique tractors every year for 58 years. There were several occasions when there were four generations of his family driving the tractors.

The funeral will be held at 10:00 a.m., Wednesday July 9, 2014, at St. John's Lutheran Church in Buhl, Idaho. An interment will follow at the Clover Cemetery. Arrangements are under the direction of Farmer Funeral Chapel of Buhl, Idaho.

A special "thank you" goes out to those who helped with Del's care the last ten days. Lucy Fait and Sherree, Carisa, Daniel and Erica from Horizon Home Health and Hospice.

In lieu of flowers, the family suggest donations be made to St. John's Lutheran Church.

To order memorial trees or send flowers to the family in memory of Delmar Wuebbenhorst, please visit our flower store.