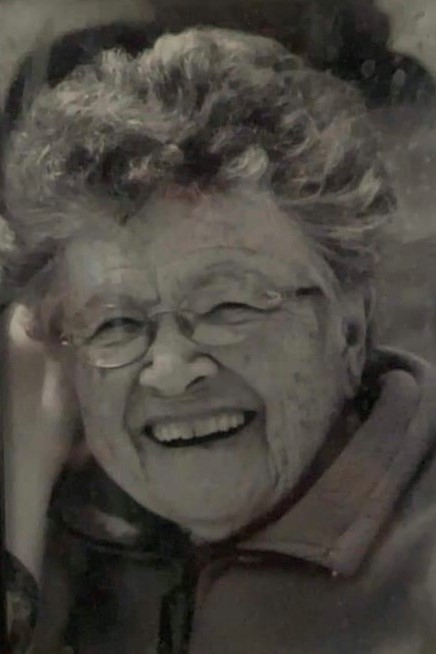 Dollie attended Bickel School in Twin Falls, East Perrine and Appleton School in Jerome, and Eden High School.  She graduated from Twin Falls High School in 1945. After earning her two-year teaching certificate in 1946 from Albion Normal School, Albion, Idaho she taught 5th grade in the Murtaugh School District for one year.

In the summer of 1946, Dollie met the love of her life, Verlin Williamson. They were married August 17, 1947 at the Church of Brethren in Twin Falls. They spent two years in Albion while Verlin finished his teaching degree and Dollie cared for their children, Rodney (1948) and Deborah (1949). After graduating from Southern Idaho College of Education, Verlin and Dollie moved their family to New Plymouth, where he taught for one year. In the fall of 1950, Verlin accepted a teaching position with the Castleford School District. They welcomed their third child, Rebecca, to the family in 1951.

Verlin quit teaching for two years to pursue their dream of owning a farm. He apprenticed with Ray Cothern. In 1954, Dollie and Verlin purchased a 40-acre farm in the Deep Creek area, west of Buhl. They moved on to the farm in the fall and in the Spring of 1955, their fourth child, Cynthia was born. Verlin signed another teaching contract with Castleford School District, where he taught, along with farming until he passed away in 1977. From 1958-1960, Dollie taught 4th -6th grades at the Lucerne School near Buhl. In June of 1966, Verlin and Dollie welcomed their fifth child, Kaye. After the closure of the Lucerne School, Dollie became a substitute teacher. In the fall of 1969, she began teaching part time Kindergarten and Chapter 1 Reading and Math. Dollie then returned to college in 1971, while still teaching, and earned her bachelor’s degree in Elementary Education from Idaho State University in 1974. She retired from teaching in 1992 but continued substituting until 2007.

Dollie was involved in many community activities such as 4-H, Buhl 5th grade musicals, Magic Valley Dilettantes, Archeological Society, GED programs, Birthday Club, and the Lucerne Social Club. She enjoyed many hobbies such as sewing, wood working, quilting, embroidering, attending CSI basketball and softball games with her dear friend, Eileen Lanting, and taking many trips with family and friends.

Dollie’s family would like to extend a special thanks to the Visions Hospice team for their excellent care and support of Dollie.

Memories and condolences maybe shared with the family on Dollie’s memorial webpage at www.farmerfuneralchapel.com.

To order memorial trees or send flowers to the family in memory of Dollie Williamson, please visit our flower store.