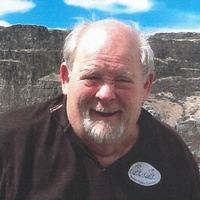 Don served our country for 14 years in the United States Navy with three honorable discharges. He learned the printing trade at his fathers printing company, West Kentucky Printing.

Don's loving ways, his hugs, his sense of humor, jokes and smiles will be missed by all.

Funeral service for Don will be held at 11:00 a.m. on Monday, December 17, 2018 at the Filer Stake Center, 840 W. Midway in Filer, Idaho with Bishop Bryan Mason conducting. Burial will take place on Tuesday, December 18, 2018 at the Idaho State Veterans Cemetery in Boise, Idaho with military honors by the U.S. Navy Honor Guard. A viewing for family and friends will be held on Monday morning from 10:00 a.m. until 10:50 a.m. at the church.

Services are under the direction of Farmer Funeral Chapel, Buhl, Idaho.

To order memorial trees or send flowers to the family in memory of Donald Seaton, please visit our flower store.