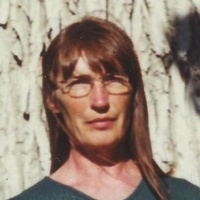 Dorothy Ann Brennan, 70, passed away on March 10, 2019 after a nine-month battle with cancer. Dorothy was born in Portland, Oregon in 1948 to Eddie Schultz and Anna (Bergen) Schultz. At a very young age, she lost her mother as the result of a massive stroke. Her father remarried, and in 1958 the family moved to a small dairy farm west of Buhl. There Dorothy helped out around the farm including helping her dad milk the cows. She attended Buhl schools, graduating from Buhl High School in 1966.
In 1967 Dorothy joined the United States Air Force and began a 20-year career serving in the armed forces, where she was trained as a dental technician. During her service, she was posted to several Air Force installations across the country, and also served a tour in Japan at the Misawa Air Base. While stationed at the Cannon Air Force Base near Clovis, New Mexico, she met and married Miles Brennan. From this union her son Scott was born. She and Miles were divorced some time later, and she and Scott came to the Mountain Home Air Base in Idaho, where she finished her career with the Air Force and was honorably discharged with the rank of Technical Sergeant. In 1987, Dorothy and Scott moved back to Buhl where she purchased a home that she lived in until her passing. While in Buhl, Dorothy obtained employment at Ridley’s Supermarket, working as a checker for many years.
She was preceded in death by a sister, Wanda Milne; her parents; her stepmother, Pearl (Peterson) Schultz; and a second stepmother, Evangeline (Anderson) Schultz.
She is survived by her son, Scott Brennan of Buhl; brothers, Kenneth of Portland, OR; Darrell (Myrna) of Mineral, VA; Gene (Margaret) of Meridian, ID; and Joseph (Dorothy) of Roy, WA; and numerous nieces and nephews.
A graveside service with full military honors will be held on Thursday, March 21, 2019, 11 AM at the Idaho State Veterans Cemetery, 10100 Horseshoe Bend Road, Boise, Idaho.
Memories and condolences may be shared with the family on Dorothy’s memorial webpage at www.farmerfuneralchapel.com.

To order memorial trees or send flowers to the family in memory of Dorothy Brennan, please visit our flower store.