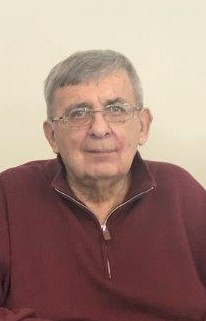 Dana Leon Nofziger, "Dr. Dan,” passed away peacefully at home, surrounded by his family, on May 18, 2021.  He recently celebrated his 75th birthday.

Dan was born in Lebanon, Oregon to Verl and Opal Nofziger.  He and his twin brother, David, his sister, Anita, and his younger brother, Charles, grew up on a farm where they raised turkeys, pigs, and various crops.  He graduated from Western Mennonite School in 1964, where he played basketball and enjoyed participating in the school play The Diary of Anne Frank as Mr. van Daan.  From 1964-1968 he attended Eastern Mennonite College in Harrisonburg, Virginia, which is where he met his beautiful wife, Louise.  They were married in June 1968 and started their married life in Oregon while Dan attended University of Oregon Medical School (OHSU) in Portland.  While in medical school, he worked a summer externship through the US Bureau of Indian Affairs Clinic in Toppenish, Washington.  Their first daughter, Andrea, “Andi” was born during their time in Portland.

Dan, Louise, and Andi moved to Johnstown, Pennsylvania in 1972 for his rotating medical internship at Conemaugh Valley Memorial Hospital. He opened his first family practice in Grantsville, Maryland in 1973.  Steven and Jill joined the family during the 4 years in Grantsville.  In August 1977, he packed up the family and cat and drove across the county to Buhl, Idaho, where he worked in conjunction with the Buhl Economic Council to open the Buhl Medical Center.  He spent the next 42 years as a small-town doctor who was known for being a great diagnostician, a straight shooter, and a caring physician with an “unforgettable” bedside manner.  In his years in Buhl, he delivered approximately 4000 babies, which he always said was his favorite part of medical work.

When Dr. Dan wasn’t treating patients or delivering babies, he enjoyed outdoor activities.  When the family was younger, they regularly went fishing, camping, and hiking.  Dan was very proud of canoeing the Boundary Waters in Minnesota.  Banbury Hot Springs was one of his favorite places, where he swam regularly in the summer.  Dan and Louise were pioneers in raising llamas in Idaho, having a herd that grew as large as 54 during their 30 years in the llama industry.  He loved spending time with his llamas and made lots of friends attending llama events.  Dan loved trivia and watched Jeopardy religiously.  He enjoyed traveling with family and friends to Iceland, Costa Rica, Hawaii, Norway and US National Parks.

Dan accepted Christ as his Savior at an early age, and the church was a central feature in the family’s life.  Dan was raised in the Mennonite faith, and upon moving to Idaho the family joined the Filer Mennonite Church.  He taught Sunday School, served on the Church Board, and did about every task except leading singing.  He also served on the boards of Magic Valley Rehabilitation Services and Buhl Public Schools.

Dan is survived by his three siblings, his wife Louise, his three children, and five grandchildren.  In his last decade of life, he enjoyed following the escapades of his grandchildren, playing board games when they visited, and spending time with them.

Memorial service will be held at 1:00 pm, Friday, May 28, 2021 at Calvary Chapel, 1004 Burley Ave, Buhl.  Out of respect to Dan’s grandchildren, who are too young to be vaccinated, and other members of the community who may be unvaccinated, the family respectfully requests that all who attend wear masks. If you don’t have one, some will be available at the door.   If you are uncomfortable with masking or unable to attend in person, the service will be live streamed via a link on the Farmer Funeral Chapel Facebook page.

Memories and condolences may be shared with the family on Dan’s memorial webpage at www.farmerfuneralchapel.com.

To order memorial trees or send flowers to the family in memory of Dr. Dan Nofziger, please visit our flower store.