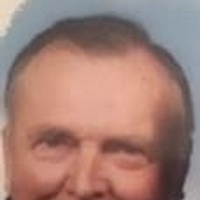 Duane Arnold ‘Pete” Petersen, 85 died on December 29, 2016 at the University of Utah in Salt Lake City, Utah as the result of a fall at his home. Duane Arnold Petersen was born April 3, 1931 to Arnold and Helen (Klaassen) Petersen in Sibley, Iowa.
Duane’s family moved to Buhl, Idaho when he was a young child. He attended schools in Buhl. He was known around the area as Pete but from his co-workers at the Twin Falls Canal Company he earned the nickname of Sparky because a little fire he started that destroyed a bridge on his route as a ditch rider. He was enlisted in the Army National Guard from 1948 to 1959.
Pete met the love of his life, Barbara Jean Wonenberg, and they were married on April 17, 1951 at the First Christian Church in Buhl, Idaho. Their love story lasted for 65 ½ years. Not a day went by that he didn’t ask her, you know what? I Love you Babe. To this union they were blessed with two children, Kevin Duane and Diane Marie.
Pete worked in the auto repair business for most of his career until he sold his business to pursue work as a security guard for Green Giant for many years. He then went on to work as a ditch rider for the Twin Falls Canal Company which he loved making many friends everywhere he went.
Pete loved horses and had many stories to tell of his adventures. The love of all animals didn’t go unnoticed as every bird, squirrel, and rabbit knew they had a great place to live and be well fed. He loved camping and fishing when time allowed.
He was preceded in death by both of his parents, his in-laws, Bill and Ruth Wonenberg; sister-in-law, Dixie Petersen; brother-in-law, Mike McGuire; and nephew, Michael McGuire.
He is survived by his wife, B. Jean Petersen until January 25, 2019; children, Kevin (Kristen) Petersen, Buhl, and Diane (Dell) Lamm, Twin Falls; brother, Eldon Petersen, Twin Falls; sister-in-law, Carolyn McGuire, Idaho Falls; grandsons, George ( Ashley) Dennis, Twin Falls; Kylan (Laura) Dennis, Belfield, North Dakota; Brenden (Samantha) Dennis, Twin Falls; and Christopher (Bre) Petersen, Maryland; great grandchildren, Faith Dennis, Alia Dennis, Bentley Dennis, Skylar Dennis, Wesley Dennis, Luke Dennis, Josh Petersen, and Liam Petersen; and numerous nieces and nephews. Family was everything to him.
A combined graveside service for Duane and Jean Petersen will be held at 2:00 pm, Saturday, February 2, 2019, at West End Cemetery in Buhl, Idaho.
Memories and condolences may be shared with the family on Duane’s memorial webpage at www.farmerfuneralchapel.com.

To order memorial trees or send flowers to the family in memory of Duane Petersen, please visit our flower store.