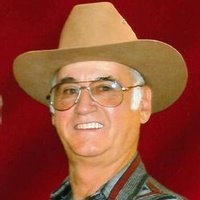 Edward Dwayne Owen, age 79, surrounded by his loving family, went home to be with Jesus after a long battle with cancer.

He was born to Homer and Mayme Owen on October 18, 1935, in Okemah, Oklahoma. Dwayne proudly served his country in the United States Army during the Korean conflict and the Cold War.

He was a deacon of the Saving Grace Fellowship Church of God of Prophecy. He loved the outdoors and spending as much time as possible with his family and friends.

He was preceded in death by his parents, Homer and Mayme Owen; sisters, Sharon Corey and Wanda Lehmons; brothers, Harold Owen and Jim Owen, and his grandson, Shawn Carter.

In lieu of flowers, donations may be made to Visions Hospice. The family would like to thank Visions Hospice for the outstanding care that was provided to our loving husband, father and grandpa.

A funeral service will be 2 p.m., Monday, April 6, 2015 at the First Christian Church in Buhl. Interment with military honors will follow the services at the West End Cemetery in Buhl.

To order memorial trees or send flowers to the family in memory of Dwayne Owen, please visit our flower store.