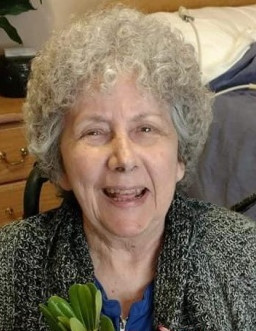 She was born to Elmo and Irene Ford on July 10, 1941 in Jane, Missouri. Three years later the family moved to Oklahoma where she was joined by a sister, Rozelle.

Nine years after, the family moved to Buhl, Idaho where another sister, LaVone joined the family. When the three girls grew up they formed a singing trio known as “The Ford Sisters”.

During her teen years Darlene drove truck for her Dad in hay and spud fields. She graduated from Buhl High School in 1959 and went on to Twin Falls Business College. After graduation she was a clerk for the Mountain States Telephone Company in Buhl. She also worked at Green Giant. Darlene became a Christian at an early age and helped at the First Assembly of God Church as a Sunday School teacher of various ages, a youth leader, choir director, and pianist for many years.

In January 1963, she married Albert Slagel. This union brought a son, David and two daughters, Dianne and Angela. They later divorced. In September of 1981 Darlene married Charles “Chuck” Stults and she inherited six more children, Rebecca, Wes, Sarah, Steve, Debbie, and Rob, plus their families. She loved each one of them!

Although she ended up with Multiple Sclerosis in 1970 and had many struggles, she remained a Godly witness and was a happy person who loved life.

A special thank you to Bridgeview for the love and care for Darlene over the past 10 years. Also, a big thank you to Clare at St. Luke’s for walking us through the death process with such kindness.

A funeral service will be held at 11:00 a.m., Friday, May 20, 2022, at Calvary Assembly of God, 110 Fruitland Ave., Buhl, with a viewing starting one hour prior to service. Graveside will conclude at West End Cemetery, Buhl.

Memories and condolences may be shared with the family on Darlene’s memorial webpage at www.farmerfuneralchapel.com.

To order memorial trees or send flowers to the family in memory of Edna "Darlene" Stults, please visit our flower store.