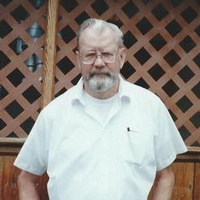 Jerry was born in Atkinson, Nebraska on June 22, 1935 to Edward H. And Mary Turner. At a young age, Jerry's family moved to Idaho. Jerry grew up and went to school in Buhl. He graduated from Buhl High school and immediately joined the U.S. Army and served honorably from 1953 - 1956.

After discharge from the service, Jerry went to college to train to become an electrician. He worked for Pet Milk in Buhl for 35 years as a boiler operator. In the 1980's Jerry owned and operated Gibb's in Buhl.

Jerry loved spending time in the outdoors camping and hunting with his children and friends. He loved to play snooker and cards. He will be missed by his family and those who knew him.

Jerry was preceded in death by his parents; siblings, Fred Turner, Patricia Webb and Marilyn Beams.

A memorial service will be held 11 a.m., Saturday, June 24, 2017 at Buhl's West End Cemetery. Arrangements are under the direction of Farmer Funeral Chapel in Buhl.

To order memorial trees or send flowers to the family in memory of Edward Turner, please visit our flower store.