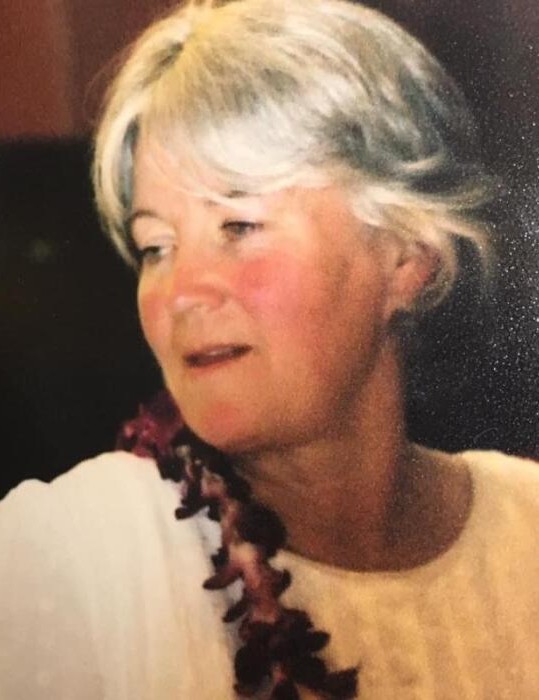 Elaine Phillips was the third child born to Maurine Fern Blaylock and David Francis Phillips, arriving just 30 minutes after her twin sister, Eileen, on April 28, 1949. She grew up on a farm that overlooked the Snake River Valley in a loving family that eventually included 3 sisters and 3 brothers with whom she maintained close bonds all her life.

Of her childhood, Elaine wrote: “My youth was ideal. I grew up on a farm north of Buhl, Idaho. The area was always referred to as ‘the north side.’ The expression itself made me feel like we lived in a world apart from everyone else, and I guess we did. Most of our neighbors were relatives. We had no locks on the doors. Only traveling salesmen and people asking directions ever bothered to knock on the door, and the keys were always left in the vehicles. We played around the farm and the surrounding country in complete contentment. I always felt safe and loved. It wasn’t until leaving home that I even knew the existence of ugliness in the world.”

While Elaine described her childhood as ideal, there was one great sorrow in it. Her father passed away when she and Eileen were seniors in high school. Of that experience, she wrote: “The memories I have of him bring warmth to my heart. I remember running to keep up with his long strides as he carried a shovel across his shoulder to do the irrigating. I remember listening to his irregular heartbeat as I sat on his lap with my head resting on his chest. I remember his smile as he talked with his friend Ray Clark. I remember the Fig Newtons he kept in the glove compartment of his pickup. I remember learning to dance by putting my feet on his as he danced around the church gym. I remember the smell and feel of the barnyard as I helped him with the chores. I remember his laugh. I remember him singing I Walked Today Where Jesus Walked.” Elaine missed her father all the days of her adulthood, but she had the faith she had inherited from her parents and cultivated through her own choices, that they would be reunited one day by the power of Jesus Christ, as we believe they are today.

Elaine graduated from Buhl High School in 1967. She attended the College of Southern Idaho. Next, she moved to Salt Lake City with her sister Eileen. The two of them attended, and graduated from, Patricia Stevens Career College. Elaine accepted a mission call from the Church of Jesus Christ of Latter-day Saints, to serve in the England East Mission from June 1970 - Dec 1971. She said that the experiences she had there not only strengthened her testimony of the truthfulness of the church, but also gave her an appreciation of her ancestral roots in that area and the strong spiritual foundation she inherited from her ancestors. Elaine was a fearless missionary on the streets of London. When she discovered that a library carried a book of false anti-gospel propaganda, she shared the truth with the library and asked them to remove it. When they refused, she checked it out herself, and kept renewing it regularly, so it would not have a chance to negatively influence anyone.

After completing her mission, Elaine moved to Provo, Utah, where she worked at Mini-World as a seamstress. Elaine developed excellent sewing skills there. Elaine requested and received permission to attend the 145th ward, a ward for Native American, Hispanic and Polynesian students. It was a fateful decision, for in that ward she met the “aloha” spirited Hawaiian, Michael Sandy Padeken Jr. After a romantic courtship they were married June 4, 1974, in the Salt Lake Temple. From that time on, Elaine’s life, love, family, and friendships were to be forever entwined with the peoples of Polynesia and Native America as well as with her own beloved European and frontier American ancestors.

After graduation, Mike took a job teaching Lamanite Seminary for the Church. They moved 15 times in the first decade of their marriage, living in Richfield, Tridell, and Roosevelt Utah, in Fort Yates, White River, and Pine Ridge, South Dakota, and in Malta and Paul, Idaho. During this time Elaine gave birth to five children: Alohilani Rebekah, Kalanikapua Michalyn Dawn, Michael Samuel Kaleokapono, Ammon Kahilikapono, and David Kalunakapono. Their sixth child, Tobias Kealohaokalani, joined their family when he was 9 months old. His parents were members of the ward where Mike was serving as the Bishop at the time, and asked Elaine and Mike to care for him as they were unable to, and they became his permanent guardians.

The family moved to Provo, Utah, where Mike completed advanced work in Special Education. They would remain there until Mike’s retirement. They continued to attend the Native American Ward there and were active in religious, cultural, and educational events. They belonged to the Utah Polynesian Choir, and all the children were active in singing, dance, or theater. Elaine’s home was always filled with music, fresh flowers, quilts, and good food. She loved beautifying her home and her yard so that others would feel comfortable and welcome. It was not uncommon to find her hosting a backyard gathering for a few dozen, or a few hundred, of the family’s close friends.

Her son David said of her, “Mom was a comfort seeker. She put a quilt on everything she passed.” Her son Ammon wrote “Mom was the child that always brought home stray animals and nursed them to health. That type of care was her defining quality and she could never shake it. I learned my sense of empathy and care for others by watching my mother repeatedly look after people and pets.” Extended family and friends were always welcome, sometimes for several months or even years if they needed a loving place to stay.

For many years, Elaine was part of a group that collected food about to expire from local grocery stores or restaurants and distributed it to those in need. Over the years, as they lived in Provo, their children grew to adulthood. Several served missions and married in the temple for eternity, following the example of their parent’s temple marriage. These children brought many grandchildren and one wonderful dog into Elaine’s life. She loved her grandchildren and spent as much time as she could with them. This got harder as they started living further apart, and additionally harder when she and Mike retired to his family land in Oahu, Hawaii. She always managed to spend several weeks or months during the year visiting her beloved kids and grandkids.

Elaine’s children and grandchildren will greatly miss her physical presence. Because of Elaine’s righteous example, the love she surrounded us all with every day, and will continue to surround us with from the other side, we look forward with great anticipation to a joy-filled reunion when that time comes.

Memories and condolences may be shared with the family on Elaine’s memorial webpage at www.farmerfuneralchapel.com.

To order memorial trees or send flowers to the family in memory of Elaine Padeken, please visit our flower store.