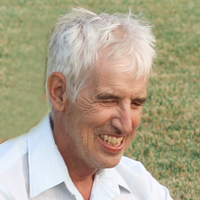 Eldon Christopher "Chris" Reinhold of Buhl, Idaho, 66, died December 3, 2018 at home due to complications from cancer.

Eldon was the fifth child of the late William T. Reinhold and Emma C. Reinhold. He was born in Spearfish, South Dakota on October 11, 1952. The family moved to Buhl, Idaho in 1954 where he attended school in Castleford, Idaho.

After graduating high school, he joined the Navy and traveled to Europe and Japan during his service. In 1979 he entered civilian service as part of the Navy and was stationed in Iwakuni, Japan. During this time he traveled to the Philippines, where he met and married Mariana "Roda" Reinhold in 1984.

After stops in the Philippines and Virginia, the Reinhold’s settled back in Buhl in 1989. He spent the next 30+ years working his farm. Between farming and raising his children, he enjoyed tinkering with electronics and renovating his property. He retired in 2016 and spent his remaining time traveling Asia with his wife and visiting his children and grandchildren.

Eldon is survived by his wife Roda, his siblings Eloise, Elvina, Eleanor, Ernest, and Elizabeth, his children Mark, Matthew, Erica, and John, and three grandchildren. He is preceded in death by his parents William and Emma.

To order memorial trees or send flowers to the family in memory of Eldon Reinhold, please visit our flower store.