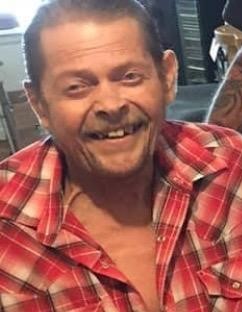 Ernest “Ernie” B. Howcroft, 71 of Buhl, Idaho passed away peacefully on February 9, 2021 at his home with his loving family by his side. He fought hard but was sick for a very long time and his body just gave up. We will forever miss his sense of humor and his sly side smile.

He was born May 25, 1949 in Salt Lake City, Utah to Blaine and Donna Roberts Howcroft. He went to school at South High in Salt Lake City. He was drafted and served four years in the Army, in the Vietnam War where he was a mechanic on aircrafts. He was a mechanic by trade for all of his working life with the majority being agricultural. He worked for many years at Century Equipment in Salt Lake. Then moved to Pocatello, Idaho to be shop manager, then to a service rep for Case IH and traveled all over the state. In 1992, he moved to Buhl and worked for Buhl Implement for many years and finished out his career at the Twin Falls Canal Company.

His hobbies were hunting, fishing, collection, reloading and shooting guns. When his grandsons were young, they went wherever he went, and they both have the same love of fishing and hunting. Ernie and his best friend, Dee Lowry were inseparable and have many, many great memories.

He was preceded in death by his parents; and his wife, Marti Jones Howcroft.

At Ernie’s request, there will be no funeral service. The family will get together at a later date and spread his ashes at his favorite fishing hole.

The family would like to express our greatest thanks and gratitude for all his caregivers, family, and friends over the years. With extra special thanks to his best caretaker, Ruth. Thank you, Dee, for checking in every single day. We are eternally grateful for the bond you had.

Memories and condolences may be shared with the family on Ernie’s memorial webpage at www.farmerfuneralchapel.com.

To order memorial trees or send flowers to the family in memory of Ernest "Ernie" Howcroft, please visit our flower store.