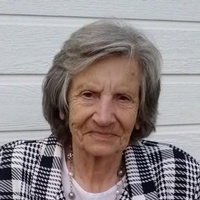 Evelyn June Fassler, 85, a long-time resident of Buhl, passed away peacefully Thursday, December 20, 2018 at Harmony Place Assisted Living.
Evelyn was born March 1, 1933 to Florence and William Todd. She grew up and attended school in Castleford, Idaho. As a young adult she worked several waitress jobs in Buhl, and even Stanley, Idaho. On March 1, 1951 she married Dale Fassler and they resided in Buhl. Together they had three children, Michael, Linda, and Lori. Evelyn was mostly a homemaker, however she did do odd jobs on occasion to bring in extra income; she delivered newspapers, cleaned houses, worked in the orchards, worked in the Buhl nursing home and even worked at Green Giant. Evelyn was very proud of her home, she was always making sure it was neat and tidy. She loved to crochet and could decorate on a dime. Dale and Evelyn would often do wood crafts together and they loved to travel. Their favorite places to travel were to Yuma and Quartzsite, Arizona in the wintertime, where they often stayed while the season passed. In the summertime they would travel anywhere with mountains so they could go camping, they loved going camping. Other hobbies they enjoyed included going dancing and playing cards. Dale and Evelyn were married 44 years before his passing in 1995. After his passing in the years to come Evelyn developed Alzheimer’s.
Evelyn is survived by her son, Michael Fassler of Kingman, Arizona; daughters, Linda Kelly of Greenville, North Carolina and Lori (Eilo) Silva of Buhl; grandchildren, Kimberly Tompkins (Scott), Bobby Fassler, Jaime (Darren) Lentz, Jarod Tvrdy, Michael (Jessica) Silva, Maria (Avery) Wilkinson, and many great and great-great-grandchildren.
She is preceded in death by her parents, Florence and William; husband, Dale; sisters, Ruth, Edna and Edith; brothers, Hank and Frank, and baby James. A special thank you to all the staff at Harmony Place and to all the nurses at Visions Hospice.
A graveside service will be held Thursday, January 3, 2018, 2:00PM, at West End Cemetery, Buhl.
Memories and condolences may be left for the family on Evelyn’s memorial webpage at www.farmerchapel.com.

To order memorial trees or send flowers to the family in memory of Evelyn Fassler, please visit our flower store.