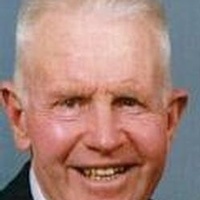 Buhl - Frank A. Rodgers, Jr. passed away on Friday, June 10, 2016 at his home in Buhl after a long battle with emphysema.

Frank was born in Golden, Colorado to Carrie (Moon) and Frank A. Rodgers, Sr. in the same house where his mother and grandfather were born. He attended school in Arvada, Colorado, participating in wrestling, track and football. His excellence in football landed him a scholarship to Colorado A & M (Colorado State University), where he played for three years until a shoulder injury sidelined him. While in college, Frank met a quiet, pretty girl named Margaret Sterns. She caught his eye and stole his heart. Frank and Margaret were married on November 11, 1951 and moved back to the family farm in Arvada, where they began their Hereford cattle business and farmed. They were soon blessed with three children, two daughters and a son. Nine years later, another son was born and completed their family.

Frank's passion for football continued throughout his life and he was a die-hard Denver Broncos fan. Always a hard worker, he took time off from the farm to attend the Bronco games as a season ticket holder at the beginning of the team's start up. Later, he never missed a game on TV and cheered his team on through the wins and the losses.
In December of 1973, Frank, Margaret and their two sons moved to Castleford, Idaho and bought a ranch/farm on the Roseworth Tract. Frank raised Registered Polled Hereford cattle and showed bulls in the major livestock shows throughout the Intermountain and Pacific Northwest area, gaining respect for his cattle as well as making many friends along the way.

In 1995, they moved to a ranch outside of Buhl, where they remained until 2008 when Frank's declining health forced him to retire.

Frank was a strong supporter of the Jr. Polled Hereford Association, FFA, and 4-H. He was inducted into the American Hereford Association Hall of Fame, the Idaho Cattleman's Association Hall of Fame and was an Honorary FFA Alumni Association Member. He was a benefactor in the building of the Castleford School Bus Barn.
Frank is survived by his wife of 64 years, Margaret; Daughters, Janell Louise (John) Reid of Ordway, CO and Barbara Ann (Greg) Stukenholtz of Nebraska City, NE; Sons, Richard Alan (Jana) Rodgers of Castleford, ID and Michael Dean Rodgers of Boise, ID; 10 Grandchildren, 9 Great-Grandchildren and his brother, James (Barbara) Rodgers of Rupert, ID.
Frank was a respected cattleman, a strong and committed worker, and a gentleman. His quick wit, tough work ethic, sharp mind and knack for detail kept everyone on their toes.

In lieu of flowers, the family recommends donations to the Buhl Quick Response Unit, the American Lung Association or the Castleford FFA.

A memorial Service for Frank will be held at 11:00 a.m. on Thursday, June 16, 2016 at the Castleford United Methodist Church. Arrangements are under the direction of Farmer Funeral Chapel of Buhl.

To order memorial trees or send flowers to the family in memory of Frank Rodgers Jr., please visit our flower store.