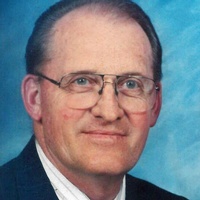 Gary Douglas Bonar, 79, of Buhl, passed away suddenly and peacefully Sunday, December 9, 2018 at his home in Buhl. Our family takes comfort knowing that he is in Heaven with our Lord Jesus Christ.

Gary was born February 9, 1939 in Buhl, Idaho to Willard and Golda Bonar. He had two sisters, Charlene and Loretta. He lived most of his 79 years in the house that his grandfather purchased in 1915. He grew up on the rural property with his family and helped his dad and grandpa farm and milk cows. He worked in the summers for many years bucking hay bales. He loved his farm, operating his tractors and equipment, irrigating and working his land. He did this until the day he died.

Gary went to Buhl schools and has always been remembered as an outstanding athlete. He set a school discus record of 163’ 9” in 1957 that stands to this day, more than 60 years! He was also an excellent football and basketball player. He was fortunate enough to receive a college scholarship for football and track where he competed in the discus and high jump. He eventually graduated from the Idaho State University with a degree in education. Many people in the Buhl community remember having Mr. Bonar as their history teacher, coach and P.E. teacher.

While he as at Idaho State, he met Lavon Farmer while they were walking through campus. They had a whirlwind engagement and were married in 1962. They eventually returned to Buhl where they were both raised and together had three children, Christine, Michelle and Stephen.

In 1982, his father in law, George Farmer, invited him to take over Farmer Funeral Chapel in Buhl. It was an opportunity he didn’t feel he could pass. He had a career in funeral service for more than 30 years. In 2001, his son Steve joined him at the funeral home and they enjoyed working together until he retired.

The last half of his life he found the sport of golf that he truly had a passion for playing. He studied, worked, practiced and played many days and hours to better his golf game. Golf was an outlet to get away from work and enjoy socializing with friends, family and especially his grandchildren. For many years he organized and played in the Clear Lake Country Club Men’s Twilight League. During the last couple of years, he was proud to consistently shoot his age!

Gary was active in the First Christian Church, he taught Sunday School for many, many years, he led music and was an elder for more than 40 years. He was a great example of how to live a Christian life.

Gary was a member of the Buhl Rotary Club for 35 years. He was past president and a Paul Harris Fellow. He enjoyed the many friendships and activities of the club. He loved the lunch meeting programs where he learned about and from community members. Gary was a past President of the Buhl Chamber of Commerce. He served in the National Guard for six years and fondly remembered learning to drive and shoot a tank. He participated for many years in the Community Christmas Cantata. He was a founding member of the Sigma Nu chapter at ISU. He was an avid Buhl athletics supporter. He played in, coached, gave money to, and sat at many, many Buhl sports events over decades of his life.

He was the rock of the family. He gave his heart and soul to everything he did. He was loyal, honest, to those who knew him, brutally honest! He was a faithful husband who loved and supported his wife Lavon in 56 years of marriage. She was the love of his life and he thought she was the most beautiful woman he knew. His legacy of children and grandchildren made him so proud and he supported them whenever he could. He bragged about their accomplishments and went to their games and events faithfully.

Gary died on a Sunday and in the preceding days, he took his granddaughter Kylie to Rotary, golfed, went to a girl’s basketball game, attended his grandson Max’s basketball game, went to church and watched football in his man cave. He died in a beautiful, dignified way. He is loved and respected by his family and will always be remembered as one of the great members of the Buhl community.

He was preceded in death by an infant daughter Nicole; his sisters, who tragically died in a fire, his parents and step-father, John Ruyts.

A viewing will be held from 5 – 7 p.m., Friday, December 14, at Farmer Funeral Chapel in Buhl. A funeral will be held at 2:00 p.m., Saturday, December 15 at the Buhl First Christian Church. Interment to follow at the West End Cemetery.

To order memorial trees or send flowers to the family in memory of Gary Bonar, please visit our flower store.