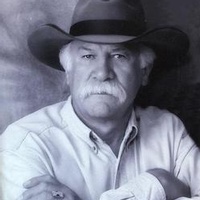 Gary Olson passed away Wednesday, October 18th 2017 at his home surrounded by
his loved ones. He was born on July 31, 1942 to Ella Wonenberg and Merlyne Olson in
McGill, NV. At a young age his family moved to Buhl, ID. He graduated from Buhl high
school in 1960. He then went to serve in the Idaho National Guard for four years. He
worked for Sears doing service, repairs and deliveries he later worked for Clements Oil.
Gary started Olson Oil Company in 1974 and also owned Trouts Saloon in Buhl until
2012.

Gary's life long love of riding and racing motorcycles started in his early twenties. He
was an accomplished rider with many awards. His passion for riding motorcycles and
four wheelers continued through his life.

Music was a significant part of his life. He enjoyed playing the guitar and fiddle, leading
him to form the band Bermuda Cowboys, in the nineties.

One of his passions was photography. He loved capturing wildlife and landscapes,
especially in the Jarbidge area. Gary had a fondness for the spring flowers that bloomed
in Jarbidge, it was one of his favorite places to go. You could say Jarbidge was a
second home to Gary.

A great moment in his life was when he met his best friend and wife, Peggy. Together
they shared many adventures and left no trail untraveled.

He is survived by his wife Peggy, his sons Torr and Casey, brothers Denny and Steve
Cramer, and many nephews and nieces. He is proceeded in death by his parents
Merlyne Olson, Ella and Red Cramer and brother Dale Olson.

To order memorial trees or send flowers to the family in memory of Gary Olson, please visit our flower store.