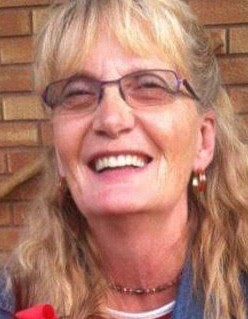 Hallie June Graham, age 73, passed through the veil early Tuesday morning November 9, 2021 at her home with her daughter and grandson by her side. Hallie was born to Nina and Harold Jardine of Rigby, Idaho.

Hallie graduated from Rigby High School. She soon after married Carl Johnson and a son, Robert, was born.  They later divorced and she moved to Buhl in 1968 and began working various jobs. Hallie married Joe Dean Miller on January 18, 1969 in Elko, Nevada they were married 18 years and were blessed with five devoted children. She later married Gene Graham, they were married 12 years and had a daughter, Allison.

Hallie was a kindhearted person who loved spending time with her children, grandchildren, and great grandchildren. She was a member of the Church of Jesus Christ of Latter-day Saints and she volunteered at the senior center in Buhl. Hallie enjoyed traveling to see her children in Washington, Oregon, and family in Idaho. Anytime she would go to visit them she would always insist on going to the beach to look for seashells and rock hunting with her kids.

She was an adventurer. She loved hiking and collecting shiny things. Her very favorite pastime was going around to every thrift store in town and collecting her treasures. Hallie found beauty in all things and treasured her family the most. She loved reading, doing puzzles, gardening, and talking to friends and family in her free time.

Memories and condolences may be shared with the family on Hallie’s memorial webpage at www.farmerfuneralchapel.com.

To order memorial trees or send flowers to the family in memory of Hallie Graham, please visit our flower store.