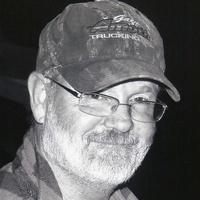 Homer was born May 2, 1955 in Jerome, Idaho to Max and Carol Williamson. He grew up in Filer and attended Filer schools, graduating from Filer High School in 1974.
In 1975, he married Dianna Atwood and together they had a daughter Christal. Homer and Dianna made their home in Buhl. They bought a house in Buhl where Homer lived for over 40 years, until the time of his death. In 1974, Homer started work at the Everton Mattress Factory in Twin Falls where he worked until March of 2017 when his health declined.

Homer was a family man, he loved his wife, daughter, grandchildren and had special friendships with nieces, nephews and friends. Whenever possible Homer would escape daily life and go to the mountains to camp, hunt and ride his four wheeler. The mountains were where he was most happy and he found spirituality in the outdoors and nature. Homer was a skillful jokester and joke teller. He had a contagious sense of humor and he continued that right up to the end, harassing the nurses and his family even though he was very ill. Homer will be greatly missed by all who knew him.

Homer was preceded in death by his Father, Max; Step-father, Jack Black and Father-in-law, Charles Atwood.

At Homer’s request no funeral service is planned. There will be a viewing and time to visit with his family from 4 - 6 p.m., Saturday, June 9, 2018 at Farmer Funeral Chapel in Buhl.

To order memorial trees or send flowers to the family in memory of Homer Williamson, please visit our flower store.