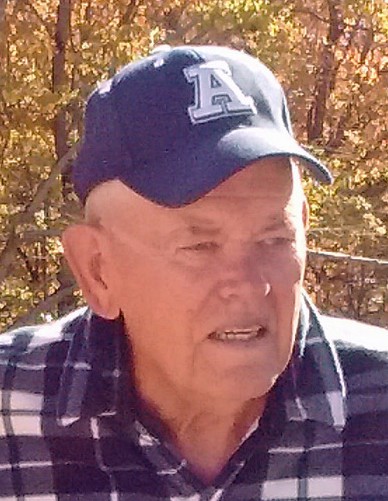 Howard Curtis Darrow of Castleford, Idaho, was born August 29, 1945, in Ogden, Utah, the son of John Howard and Verna Nielsen Darrow. Curt was raised on the family farm northwest of Castleford and graduated from Castleford High School in 1963. He attended Utah State University and graduated with bachelor’s degrees in Animal Science and Accounting.

During his junior year of college, Curt met Shari Nelson. They dated two years and were married in Twin Falls, Idaho, in 1967, and were sealed in the Boise, Idaho Temple in 1989. Curt’s first job after graduation was working as an accountant in Grandview, Washington. He transferred to the Yakima office, took the exam and received his CPA license. During this time, their first two sons, John Curtis and Michael LeGrande, were born.  In May of 1971, the family left Washington and moved to Twin Falls, Idaho. Curt worked for his father-in-law, E. LeGrande Nelson, CPA. After the first tax season in Twin Falls, Curt started driving to the home farm after office hours to help his father farm. The pull of Idaho acres captured Curt and soon the family moved to the family farm. Accounting was temporarily left behind. A few years later, Brian Justin and Patrick Austin were born. Curt thoroughly enjoyed farming, ranching, and raising his sons and crops.

Several years went by and Curt returned to tax practice, working with Mike Guerry in Castleford and Buhl. Later, Curt opened his own tax practice in his home. He continued the tax practice until he was diagnosed with Parkinson’s disease.

Curt was a member of The Church of Jesus Christ of Latter-day Saints. His church callings served many, from Primary children to adults. He loved living in the Castleford community and did all he could to keep Castleford a strong community by volunteering his time and talents. Curt enjoyed nothing more than being with the family and friends he loved so much.

In lieu of flowers, the family suggests memorials be made to Castleford Schools Ag Department.

The family thanks the many neighbors, friends, family, doctors, nurses, and caregivers who so lovingly cared for Curt and his family.

To order memorial trees or send flowers to the family in memory of Howard "Curt" Darrow, please visit our flower store.