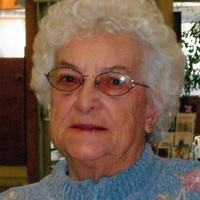 Irene was born in Castleford, Idaho to Swede and Cordia Hawkins on March 18, 1929. She was from a large family of eleven brothers and sisters. They moved frequently during her youth and she attended several different schools in the Magic Valley and Nampa, Idaho areas.

While he was on leave from the service, she met Emmett Hays and they were married in January of 1951. While in the military they were stationed in several different places including the East Coast, Germany and California. Upon returning to the Magic Valley, she held several various jobs including waitressing, Idaho Frozen Foods and Weaver’s Produce where she enjoyed getting together once a month with all the remaining women she worked with.

Irene was very active and loved to help people. She volunteered her time with Meals on Wheels, Headstart, and the Foster Grandparent program. She also gave regularly to the Disabled Vets and various Police Organizations.

She was greatly loved by her children, grandchildren and friends and will be missed by all who knew her.

She was preceded in death by her parents and nine brothers and sisters.

Irene is survived by her sons, Michael (Rachelle) Fairchild, Daryl Hays, John (Karla Stewart) Hays all of Buhl; daughters, Jayne (Coke) LaCombe of Buhl and Cindy Phalan of Arkansas; sister, Jessie Watson of Buhl; 10 grandchildren and 7 great-grandchildren. She had a special relationship with her granddaughter Brandi Hays Gagen. Brandi sure will miss her Sunday phone calls with her Grandma Renie.

To order memorial trees or send flowers to the family in memory of Irene Hays, please visit our flower store.