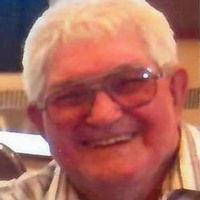 Elmer was born on May 6, 1931 to Nephi Ralston and Edith Wilma Hunt in Melon Valley, Buhl, Idaho. He received his elementary education in Melon Valley and attended Buhl High School.

Elmer worked on the farm and attended business college in Twin Falls. He joined the army on the 26th of February, 1952 and served in the Carribean. In February, 1954, he joined the Army reserves and on the 25th of February of 1960, he opted out of the military with an honorable discharge. He was a member of the Church of Jesus Christ of Latter-day Saints and served a two year mission for the church in the Southwest Indian Mission in New Mexico. After returning from his mission, he went back to working on the farm and ran a dairy. He was a farmer and a dairyman all the remainder of his life.

He was preceded in death by his parents, Nephi Ralston and Edith Wilma Hunt and two sisters, Juanita Hunt and Edith VanSickle.

A funeral service will be held at 11:00 a.m., on Wednesday, September 13, 2017 at the Church of Jesus Christ of Latter-day Saints, Thousand Springs Ward, 501 Main St. Buhl. A time of viewing will be held between 10:00 and 10:55 a.m. prior to the service, at the church. Arrangements are under the care of Farmer Funeral Chapel of Buhl, Idaho.

To order memorial trees or send flowers to the family in memory of Jack Hunt, please visit our flower store.