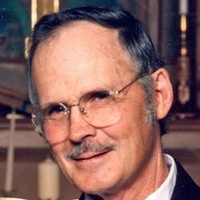 James David Abshire was born on October 12, 1933, the youngest of five children, to Claude and Cecil Vera Abshire. He grew up near Castleford and graduated from Castleford High School.

Jim married Louise Rhodes on February 14, 1953. Together they had six children, Steven, Kim, Janice, Jamie, Johnny and Mona. Jim worked for many years at Pet Milk and enjoyed riding and training horses at his ranch near Buhl.

He is survived by his faithful and caring wife, Louise, five children, 11 grandchildren and 17 great grandchildren.

He died at his home on October 3.

The eternal God is your refuge, and underneath are the everlasting arms.
Deuteronomy 33:27

A time of gathering has been scheduled at 6:00 p.m. on Wednesday, October 12, 2016 at the United Methodist Church in Castleford.

In lieu of flowers, the family has requested that donations be made to the Castleford Quick Response Units, P.O. Box 682, Castleford, Idaho 83321.

To order memorial trees or send flowers to the family in memory of James Abshire, please visit our flower store.