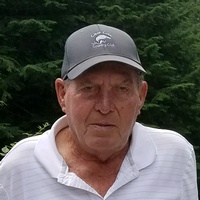 James Richard Ambrose, 82, of Buhl, passed away suddenly September 29, 2018 at his home, with his wife by his side.

He was born at home in Buhl, Idaho to parents Chester J. and Sadie (Harvey) Ambrose. He was the 7th of 9 children. He attended Buhl Public Schools graduating in 1954.

He married Thelma Harrell, and to this union two sons, Duane and David were born.

He held various jobs in Twin Falls ID, and worked for IBM in Sacramento, CA. In the early 60s he co-owned an Arctic Circle in Salem, OR. Escaping the rain he traveled to Boulder City, NV and purchased an Arctic Circle there. In 1970, while still owning the restaurant he became involved with the inventor of the Touch-Lite and became a National Sales Representative.

In 1972, he married Karen Wimpfen and adopted her son, Stephen. In 1976, he began a job with Carl's Air Conditioning in Henderson, NV, as shop foreman and retired in 1993.
After retirement he purchased a membership at Clear Lake Country Club and became an avid golfer which continued until the day he died. He shot 2 over par that day. He also loved hunting and fishing.

He is survived by his wife, Karen; sons, Duane and Stephen; grandchildren, Abree and Osbourne and many nieces and nephews and friends.

He was predeceased by his parents, son, David and five of his siblings.

In lieu of flowers, donations may be made in Jim's name to Clear Lake Country Club or a charity of your choice.

To order memorial trees or send flowers to the family in memory of James Ambrose, please visit our flower store.