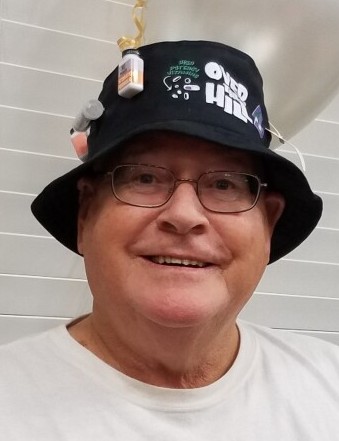 Jim was born in Pocatello, Idaho on January 11, 1947 to Garrell “Jerry” and Doris (Bell) Elliott. A few years later, Jim relocated to the Magic Valley area where he grew up with his father, mother and two younger sisters, Connie (Raugust) and Mary (Hyde). Jim absolutely loved reading at home and in school and graduated from Jerome High School in 1966.

Soon after graduation, Jim served his country by enlisting in the United States Navy during the Vietnam War. Specifically, Jim served on the USS DE Haven and the USS Camden as a Radio Operator and Teletype Repairman. Jim continued to honorably serve in the Navy until 1975. Later that year, Jim enlisted in the National Guard, served as an officer, and then retired as a Captain in 1992. Overall, Jim honorably served his country for a total of 26 years earning a National Defense Service Medal, a Vietnam Service Medal with one Bronze Star, Expert Marksman, and Expert Marksman with a Pistol. Jim did continue his love of shooting during his civilian years and was consistently ranked as a top shooter.

In the midst of Jim’s National Guard years, Jim returned to the Magic Valley area and enrolled himself into the College of Southern Idaho. In May of 1979, Jim achieved an Associate of Applied Science in Consumer Electronics and one year later he also achieved an Associate of Applied Science in Law Enforcement. Jim completed two Associate Degrees and worked in law enforcement and electronic sales all while serving in the National Guard. Later on, Jim continued his education at the College of Southern Idaho and achieved a Technical Certificate in Welding in 1996. Jim appeared to find his niche and for approximately 25 years worked his way up through the Glanbia Cheese Company. Jim retired from the Glanbia lab as a Microbiologist.

The Boy Scouts of America was a common theme throughout many of Jim’s years of life. Jim was an active member in his youth and later on became a Scout Master in his adulthood. Jim enjoyed 50-mile hikes with the Boy Scouts and really anything else involving the outdoors. Jim loved reading, and there was hardly a time where you wouldn’t see him reading a Tom Clancy novel or some type of western. Jim loved his western movies, especially movies with Clint Eastwood and John Wayne. Jim also loved watching golfing tournaments. However, for Jim, it wasn’t just about watching golf. Jim was an active member of the Clear Lake Country Club and spent many hours practicing, playing, and participating in golf tournaments of his own. Jim loved the game of golf, but he was also very good at it too. Jim won too many tournaments and prizes throughout the years to mention here. Jim also loved to ride his motorcycle and was even part of the Gold Wing Rider’s Association. Even though Jim loved all of these things, he loved nothing more than the time he spent with his family.

In 1981, Jim met and married Jane (Shaffer) Elliott. Jim quickly took up the role as a stepfather to Michelle Fairchild and father to Jerry Elliott and Tracie Corle. Jim loved his children and spent many hours building treasured life-long memories. Although Jim and Jane were divorced in 2005, Jim never stopped loving his family. Jim then embraced the role as grandfather and was never one to miss a birthday. Jim was proud of his family and displayed many pictures of his family throughout his home.

Many have said that Jim never met a stranger. Jim was quick to smile and had a loud and fun, contagious laughter. Jim loved the Lord and shared this with as many people as he could in as many ways as he could. Jim would be quick to help anyone in need and loved trying to make life a little easier for those around him. Jim’s love for life and a love for the Lord led him to become the Door Greeter at Calvary Chapel Buhl. Jim’s smile and laughter will be missed by all who knew him.

Jim was preceded in death by his parents, Jerry and Doris Elliott.

A Celebration of Life will be held Friday, October 16, 2020, 6:00PM at Calvary Chapel of Buhl, 1004 Burley Ave., Buhl, Idaho. A private family burial with military honors will be held at the Snake River Canyon National Cemetery.

To order memorial trees or send flowers to the family in memory of James Elliott, please visit our flower store.