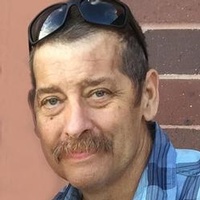 James W. Laybourne was born on September 1, 1953, in Santa Ana, California to Wilma Tyree and William G. Laybourne. Unfortunately, William passed away when Jim was only five years old. His mother later married Andy Clary, who raised Jim and his two younger brothers as his own.

Jim grew up in Fullerton, California where he attended elementary school. He graduated from Buena Park High School in 1972 and attended Fullerton Junior College , where he studied Industrial Arts. He spent his youth with his family camping, fishing, motorcycle riding and traveling the dragster and funny car circuit with his dad, Andy.

Jim met his wife, Sherry, while camping with his family and they were married in 1975. They have two children, Amy Miller of Buhl, Idaho and Jeff Laybourne of Sandpoint, Idaho.

Jim loved helping out family and friends whenever and wherever he could. He also loved spending time with his nine grandchildren. He also liked to do woodworking and photography. He enjoyed the outdoors and spent time on many local lakes and rivers. He was a man of many talents and will surely be missed by all that knew him.

James passed away on August 9, 2015, in Lewiston, Idaho after a two year battle with colon cancer. He was 61 years old.

He was preceded in death by his mother, father and grandmother.

A graveside funeral service will be 3 p.m., Friday, August 14, 2015 at the West End Cemetery in Buhl. A viewing for friends and family will be 2 - 2:45 p.m. Friday at Farmer Funeral Chapel in Buhl

To order memorial trees or send flowers to the family in memory of James Laybourne, please visit our flower store.