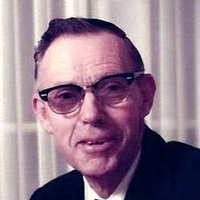 BUHL- On November 10, 2016 James Viner passed away at his daughter's home in Buhl, Idaho. He was 88 years old. James was born March 25, 1928 in Warren, Maine, the fifth of eight children born to James W. Viner and Evelyn (Wooster) Viner.
Jim had a deep love for his family, the gospel and his Savior Jesus Christ. He was a very kind, loving and patient man and never had a bad word to say about anyone. He had a heart of gold and was very charitable and willing to help others however he could and never expected anything in return.
Jim was a member of The Church of Jesus Christ of Latter-day Saints. He had a strong testimony of the gospel and had great faith in the Lord. Among the many callings he had in the church and thoroughly enjoyed were teaching in the primary and serving in the Portland, Oregon Temple. He loved serving his fellow man and the Lord.
Jim had a strong work ethic and was never one to be idle. He was a hard worker and could run circles around most anyone. Jim enjoyed working and being busy, and had a way of making work more enjoyable. He lived in many different places and learned the value of hard work at an early age. More often than not he had more than one job at a time. While living in Oregon he worked in the plywood mill, worked with show horses and was a volunteer firefighter. He moved to Buhl, Idaho and worked for the Buhl Schools for many years, and worked for Spears Manufacturing in Jerome, Idaho until he retired in 2010.
Jim had a great sense of humor. He enjoyed teasing people especially his grandkids. If you asked him how he was he would have some quick witted response such as "Ornery as ever". He always had a smile and a positive attitude and brought smiles and laughs to all he met. Jim touched many lives and will be greatly missed.
Jim married Lillian Faye (Butler) McGary November 18, 1949. He is survived by his daughters, Faye (John) Riggs of Orem, Utah, Carol (Ron) Romero of Buhl, Idaho; son, Roger (Luella) McGary of Benicia, California; sons-in-law, Bob Williams of Springfield, Oregon, Dave Smith of Castleford, Idaho; fifteen grandchildren, many great grandchildren, and numerous nieces and nephews.
Jim was proceeded in death by his wife, Lillian Viner; daughters, Frances Williams and Suzanne Smith; his grandsons, Jared Smith and Roger McGary Jr, two brothers and five sisters.
The Funeral will be held at 2:00 p.m. on Tuesday November 15, 2016 at the LDS Church, Thousand Springs Ward, 501 Main St. Buhl, Idaho. A viewing will be held between 5:00 and 7:00 p.m. on Monday, November 14, 2016 at Farmer Funeral Chapel in Buhl. Interment will be at the West End Cemetery in Buhl. Arrangements are under the care of Farmers Funeral Chapel in Buhl.

To order memorial trees or send flowers to the family in memory of James Viner, please visit our flower store.