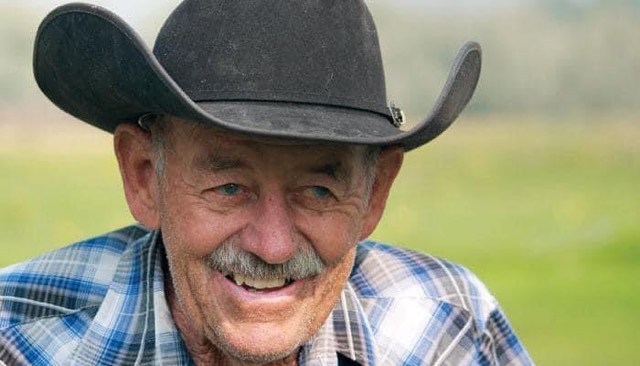 If the sign of a life well lived is the love and adoration of his friends and family, then Jim Stewart was indeed a successful man.  In the early morning hours of July 19, 2022, surrounded by his family, Jim left this world and rode out for his next big adventure.

Born to Frank and Betty Eastman Stewart on April 4, 1938, in the Buhl Hospital, Jim joined his older siblings Colleen and Phil.  As a child, Jim rode his horse to the one-room school in Buhl, and later graduated from Buhl High School.

He married Sandy Montgomery in Carlin, Nevada on April 1, 1961.  Over the next seven years they welcomed Terry, Jamie, Jeff, and Che’rie to their family. Jim and Sandy built their home on Clear Lakes Road in 1964 and he spent the next 58 years there.

Jim worked at the Clear Springs Fish Hatchery, then the Buhl Golf Course as grounds manager for 17 years.  He went back to Clear Springs Fish Hatchery as the construction foreman, where he learned to scuba dive in order to repair and maintain the ponds and raceways.  In his early 40’s Jim left the hatchery to lead the life he always wanted, to raise cattle and cowboy!  Jim’s life-long love of horses began early, according to his sister Colleen.  It was also said that at the age of three or four if Jim was missing, he could be found in the back pasture standing between the front legs of a horse. Jim’s addiction to horses led him to rodeos by the age of 19, when he began riding bareback broncs and bulls. The kids remember there was always a new horse in the corral, and it was always “a good son of a gun!”

Known as “Papa” to the grandkids, and “Super Papa” to the great-grands, he loved them all and the “rug rats” adored him.  Jim had a love and zest for life, especially the cowboy life.  He enjoyed spending time with his children and supported them in riding clubs, high school rodeos, rodeo queening contests, hunting trips, and brandings.  Jim loved participating in the annual JC’s 4th of July event as a bank robber with the James Gang.  He was always happy, had a grin and a wink at the ready, and his baby blue eyes held a hint of mischief.  Jim had so many friends, didn’t know a stranger, and if he had something that you needed, it was yours.  He could yodel, recite cowboy poetry from memory, was the life of the party and the king of one-liners - “Ain’t it fun out west”, “Beer, how can they make it so good and sell it so cheap”, and “I’m sure glad you got to see me!”

To order memorial trees or send flowers to the family in memory of James "Jim" Stewart, please visit our flower store.