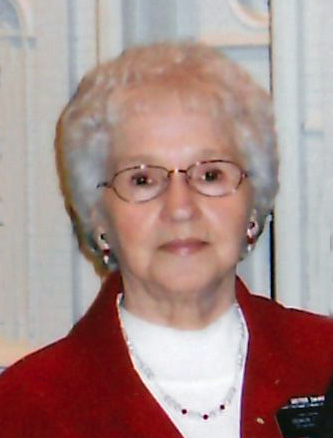 Janice Maxine Davis, 84, of Buhl, Idaho, passed away on November 11, 2020 at the Applegate Assisted Living care facility in Buhl, Idaho.

Janice was born on October 3, 1936 in Twin Falls, Idaho to Clarence Russell Cox and Dorothy Mae Kline.  She was the second child of three children born to this family.  Shortly after her birth the family moved to Madera, California.

Janice attended Madera High School where she became a majorette.  After her school years, she worked as an accountant for several of the local businesses in Madera.  Her accounting skills led to management positions and then to the manager of a chemical supply company in Madera.

Janice became a member of The Church of Jesus Christ of Latter-day Saints and was sealed to her family in 1980.  As a member of the church she was called to serve as a temple worker.  She loved this work and served in this calling for many years.

In February 2010, she was asked to serve on a mission from February 2010 to January 2012.  Her favorite scripture at this time was 2 Nephi 25:26 “And we talk of Christ, we rejoice in Christ, we preach of Christ, we prophesy of Christ and we write according to our prophecies that our children may know to what source they may look for a remission of their sins.”

A funeral service will be held at 1:00 p.m. Friday, November 20, 2020 at the Church of Jesus Christ of Latter-day Saints, 1001 Fair St, Buhl, Idaho, with a viewing beginning at Noon. Graveside dedication will conclude at West End Cemetery in Buhl.

Memories and condolences may be shared with the family on Janice’s memorial webpage at www.farmerfuneralchapel.com.

To order memorial trees or send flowers to the family in memory of Janice Davis, please visit our flower store.