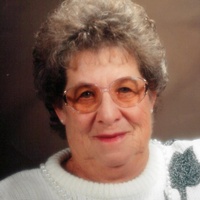 Jessie Watson, 86, of Buhl, passed away May 12, 2018 at the River Rock Assisted Living Facility in Buhl Idaho.

Jessie was born in Buhl September 23, 1931, to Swede and Cordia Hawkins; she was the last surviving child of one of eleven bother and sisters. Jessie grew up and lived in the Castleford and Buhl area all of her life. She attended schools in the Buhl and Castleford area.

She married Louis Yturbe and together they had three children, who were all raised and went to schools in the Buhl school district. Jessie was preceded in death by her Mother and Father and her 10 brothers and sisters and one grandson.

A funeral service will be held at 11:00 a.m., Friday May 18th, 2018, at the Farmer Funeral Chapel in Buhl. A viewing of Jessie will be available at the funeral chapel at 10 a.m. prior to the funeral.

To order memorial trees or send flowers to the family in memory of Jessie Watson, please visit our flower store.